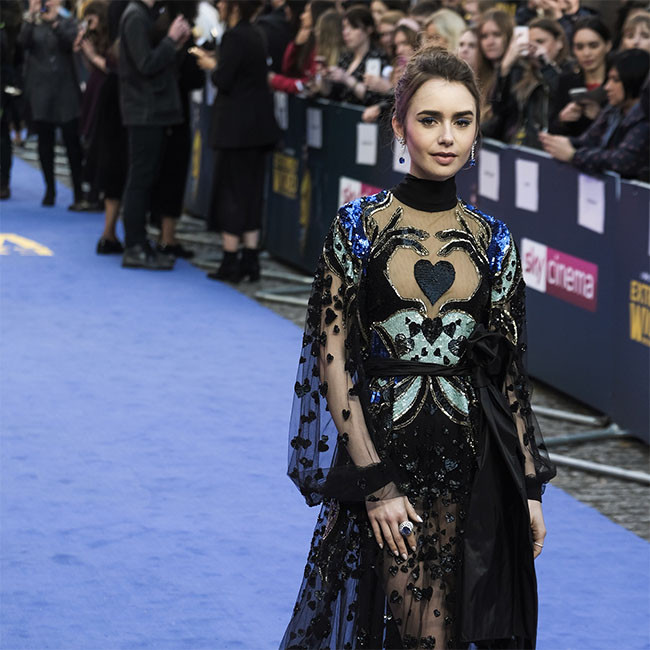 No special treatment for Lily Collins on Windfall set

Lily Collins didn't get any special treatment from her husband while filming 'Windfall'.

The 'Emily In Paris' actress joined forces with her filmmaker spouse Charlie McDowell to work on the new Netflix film but insisted that he treated her just like any other member of the cast.

Lily told The Hollywood Reporter: "It’s really funny because I kept forgetting that we were together because he treats everyone equally and he’s such an actor’s director. The way in which he communicates was so easy that it felt as easy as it normally is. But I always saw him as my director. Obviously, going home at the end of the night to talk about the day is different."

Lily, 33, and Charlie, 38, tied the knot six months ago but were engaged while working on 'Windfall' with Jason Segel and Jesse Plemons and both were impressed with how the other worked on set.

Lily said: "He’s weirdly calm under pressure and very solution-driven. He knows exactly what he wants. He has a very clear vision. He can make decisions like that — super, super quick. If something changes because of unforeseen issues or whatnot, he’s very calm. He’s just about the end game; how do we get there and how do we tell the story in a way that makes sense, is honest and makes you feel comfortable.”

Charlie added: "She is a chameleon. She’s so kind and respectful to everyone, and then she can play a scene where she does a dark turn. To experience that with her, and be really creative with her, was something totally new, but really, really special for us."