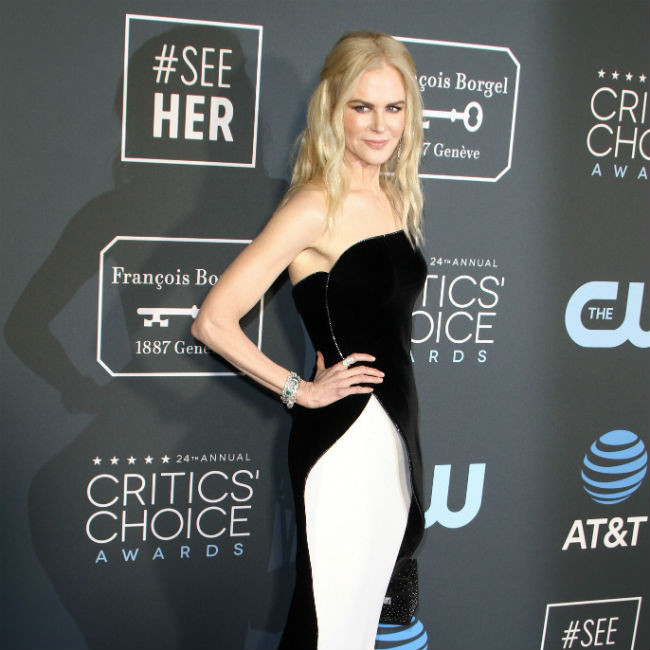 Nicole Kidman 'out of comfort zone' as Lucille Ball

Nicole Kidman is "way out of [her] comfort zone" playing Lucille Ball.

The Australian actress will portray the comedy legend opposite Javier Bardem as her then-husband and co-star Desi Arnaz in Aaron Sorkin's upcoming movie 'Being the Ricardos' but she feels like she's "free-falling" because the role is so different to anything she's done before and she's having to push herself hard to master the 'I Love Lucy' star's distinctive way of speaking.

Speaking to Chris Rock for Variety's Actors on Actors series, she said: "I’ve always come at it through feeling. The technical aspects of performance for me are really interesting. They’re almost like homework. And then in you come, and that can fluctuate depending on what’s going through my body, my heart, my mind at the time.

"The great thing about an accent is you can always go and fix it in looping. So in an accent, I’ll put the time in. I’ve had to put in an enormous amount of time on Lucille Ball right now, because she has a very particular way of speaking...

"I am way out of my comfort zone right now, Chris. I’m free-falling."

But the 'Undoing' star hopes the role will show a different side of her.

She said: "I’d like to be funny. I’m never cast funny...Lucille Ball is hopefully funny."

Nicole stressed that the "deep" film is not going to be what a lot of people expect.

She explained: "The strange thing about Lucille Ball is that everyone thinks we’re remaking the “I Love Lucy” show, and it’s so not that. It’s about Lucy and Desi and their relationship and their marriage. It’s very deep, actually."

The movie marks the Oscar-winning star's first project since the coronavirus pandemic began and she admitted she was "terrified" about going back to work and concerned about how safety precautions would impact on her performance.

She said: "When I was coming back to start ['Being the Ricardos'] here in L.A., it was the hub. I came back in February, and I was terrified, honestly. I was scared.

"There’s a freedom when you perform where you want to feel like I can touch you, I can breathe on you.

"Because acting is about energy, it’s about freedom. We are actors. There’s not really many jobs where they go, “No, you have to work without a mask.” There’s one other profession where you’re paid to kiss someone. Or not kiss. Do something else, right?"