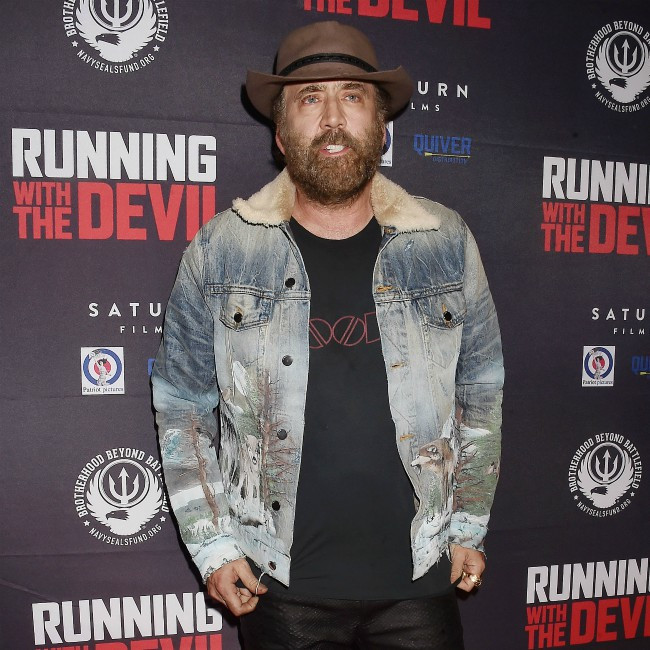 Nicolas Cage is set to star in 'Butcher's Crossing'.

The 57-year-old actor is attached to the adventure film, which is adapted from John Williams' 1960 novel about the rugged frontier of the American West.

Gabe Polsky will direct the movie with Altitude Film Group producing and financing the project. The group has landed the UK and Irish distribution rights and will handle international sales at the Cannes Virtual Market.

Polsky is adapting the screenplay with Liam Satre-Meloy, with the movie telling the story of a young Harvard dropout who seeks his destiny out West by tying his fate to a team of buffalo hunters led by Miller (Cage). They then embark on a harrowing journey where they risk their lives and sanity.

The film's title refers to the small Kansas town where the two intersect during the 1870s set story.

The movie is set to begin filming in the US in October.

Polsky is producing with Molly Conners for Phiphen Pictures alongside Will Clarke and Andy Mayson for Altitude Film Entertainment and Cage's Saturn Films banner.

Gabe said: "This is an urgent story with timeless themes – a gut-wrenching journey exploring the limits of human nature.

"Nick Cage is one of the most dynamic and interesting performers, and to have him take on this brilliant role will be exciting."

Cage is also starring in the action movie 'The Retirement Plan' with Ron Perlman.