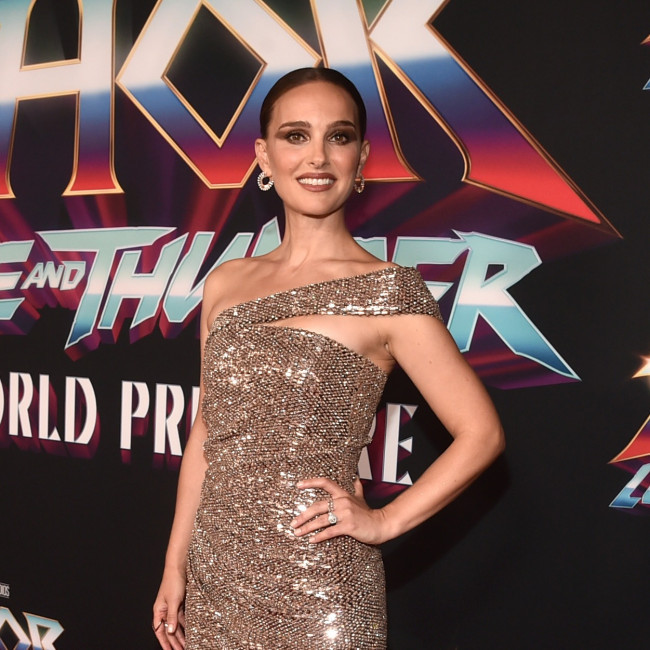 Natalie Portman would love a Thor and Captain Marvel crossover

Natalie Portman would love to work on a 'Thor' and 'Captain Marvel' spin-off.

The 41-year-old actress - who plays Jane Foster in 'Thor: Love and Thunder' and sees the character handed the legendary hammer - would love to team up with her friend Brie Larson in an epic crossover.

She told Variety: "I love 'Captain Marvel' Brie is a dear friend so that would be a fun one. That would be cool."

Portman admitted she is "so excited" to see Jane Foster become The Mighty Thor, particularly because it gives children other superhero women to "identify with".

She explained: "I feel so lucky. I feel so excited that that has become part of the story arc for Jane.

“I think it’s incredible that all children have an array of women they can identify with and there’s just not one. I feel like I grew up where there was like Wonder Woman or maybe Catwoman.

"There [was] one kind of these characters, so now to have this wide variety of personalities, different appearances, different powers, it allows everyone to imagine their potential.”

She recently revealed she had to bulk up for the role, which was a different experience.

He explained: "I've seen her play the scientist character in 'Thor' 1 and 2, and it just seemed pointless to do it again. That character just feels like a love interest.

"It's an Earthwoman who runs around being mortal and not really consequential throughout."