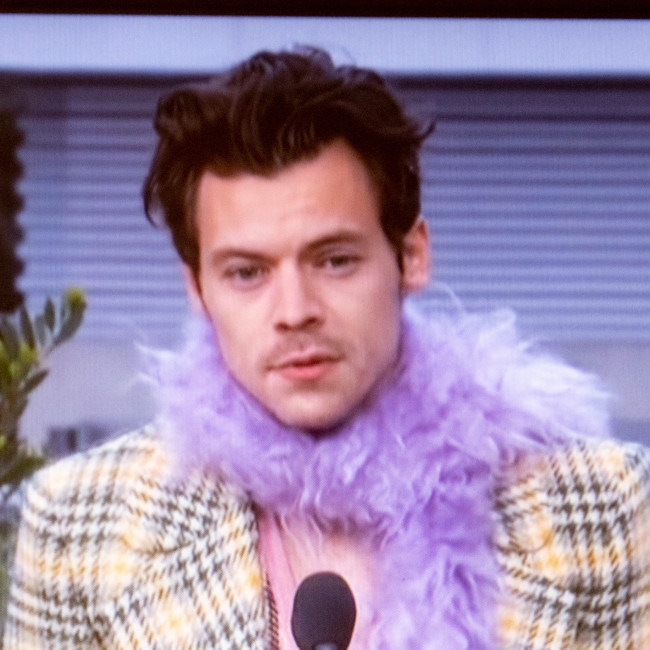 My Policeman to premiere at TIFF

'My Policeman' will have its world premiere at the Toronto Film Festival.

The romantic drama - starring Harry Styles, David Dawson and Emma Corrin - will get a theatrical release from October 21, before it is available globally on Amazon Prime Video from November 4, but it will premiere first at TIFF in September.

'My Policeman' has been directed by Michael Grandage and written by Ron Nyswaner, and is based on the book of the same name from Bethan Roberts.

Set in 1950s Brighton, it tells the story of Tom (Styles), a gay policeman who marries a school teacher named Marion (Corrin) while being in a relationship with Patrick (Dawson), a museum curator.

It also flashes forward to the 1990s, where Tom (Linus Roache), Marion (Gina McKee) and Patrick (Rupert Everett) are still reeling with regret over the past, but have one last chance to repair the damage.

Meanwhile, Harry, 28, previously warned that 'My Policeman' and his other upcoming movie 'Don't Worry Darling' are "not family friendly".

He said: "I don’t know if you can watch either with your parents! I’m going to have to do another one!"

Asked if it is true there are some "pretty saucy scenes" in both movies, he confirmed: "Yes."

Harry - who appears opposite Florence Pugh in 'Don't Worry Darling' and Emma and David in 'My Policeman' - also revealed he felt "very lucky" to have built a "trusting" relationship with his co-stars when shooting their sex scenes, so there was no awkwardness.

He said: "I think it depends very much on who you’re working with and what the situation is, all I can say from my own experience is that I was very lucky to have a very trusting relationship within the people we were working with and that kind of came first, so it was all discussed and all of it was very, kind of, ‘OK above the filming, above anything that is happening, it’s the cameras, it’s me and you, we’re doing his together, and we trust each other and if at any point, you know, we can stop whenever’ and all that kind of stuff.

"I’d never done that before on camera - at least I don’t think!"