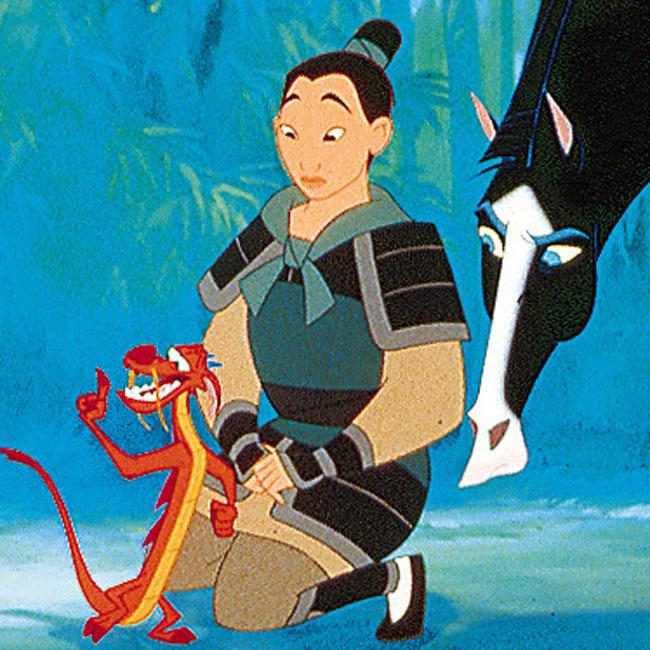 The upcoming live-action remake of 'Mulan' will not feature Li Shang.

Disney is gearing up to release a remake of the popular animated movie, but has revealed it will be axing the war general character because of the unbalanced power dynamic between the warrior and Mulan.

In the original movie, Mulan disguises herself as a man named Ping so she can fight in China's imperial army in the place of her father.

As Ping, Mulan develops a bond with her superior, General Li Shang, and when Mulan's true identity is revealed, the pair go to dinner together.

But in light of the #MeToo movement - which aims to bring an end to sexual harassment, and was started following allegations against movie mogul Harvey Weinstein - producer Jason Reed has said the power imbalance between Li Shang and Mulan is "inappropriate" for the remake.

Speaking to Collider, Reed said: "I think particularly in the time of the #MeToo movement, having a commanding officer that is also the sexual love interest was very uncomfortable and we didn't think it was appropriate."

Instead, Li Shang has been replaced by two new characters, Commander Tung, and Honghui.

Reed added: "We split Li Shang into two characters [for the remake]. One became Commander Tung, who serves as her surrogate father and mentor in the course of the movie. The other is Honghui who is [Mulan's] equal in the squad."

However, the decision has been met with criticism online, with fans claiming there was no need for the character be removed.

One user tweeted: "Li Shang's entire arc is about realising that Mulan isn't lesser than because she's a woman, he learns and grows because of her.

"It's almost like men could learn from this exact story?"

Whilst another acknowledged that in the original, Li Shang didn't pursue Mulan romantically until after she had left the army.

'Mulan' will hit cinemas on March 27.