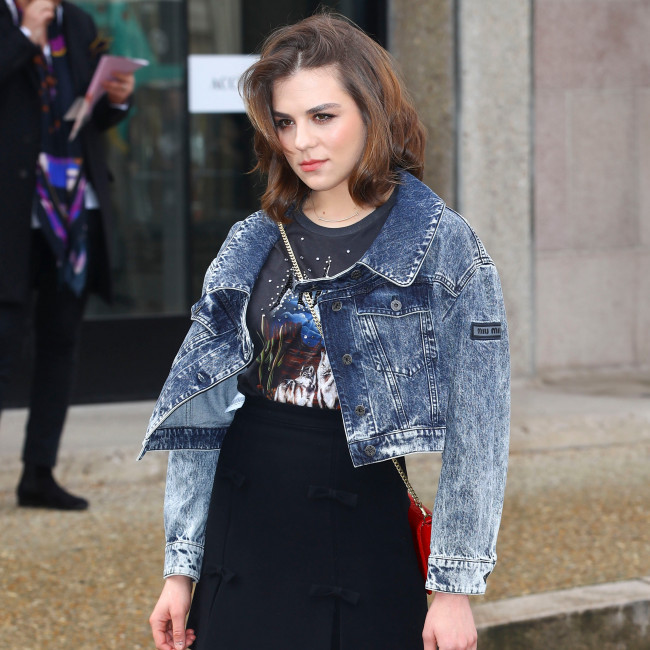 Morgane Polanski needs to “get a move on” with her career.

The 28-year-old actress-and-director admitted she worries about what she has “achieved” so far in her life, and thinks she needs to push herself further if she wants to be compared with some of the greats of cinema.

Although she is the daughter of filmmaker Roman Polanski and singer-and-actress Emmanuelle Seigner, the ‘Vikings’ star is proud of everything she’s achieved in her own right.

She said: "I worked hard for everything I have.

"Four years of training at drama school. I know my own journey and I did it myself."

Morgane’s latest venture is directing Dame Sian Phillips in ‘Through the Looking Glass’ and she insisted she wasn’t intimidated by the veteran actress’ impressive career because she was so confident in her vision for the movie.

She told the Telegraph newspaper's Luxury magazine: "When I find a project and I know in my gut I need to direct it, I feel no fear. I know how I want to interpret it, what point of view I want to adopt, how I want the colors, the tone ... I didn't have any insecurities about approaching Dame Sian's agent and sending her the script.

“I wanted to recreate that feeling of a fairytale, Snow White with her lips as red as blood; the talking mirror. Sunset Boulevard was also on our mood board.

"The idea was that the production should have a feel of heightened femininity that's OTT, fantastical."

Morgane appeared on screen for the first time in ‘The Ninth Gate’ when she was six, and from then on was a regular feature in her father’s work.

She said: "I basically grew up on set. I had a front-row seat. I loved loved loved being on set

"I had a little scene with Johnny Depp at the airport [in ‘The Ninth Gate’]. He looks round for my mum, but she's not there, I'm there, in an Agnes B T-shirt, looking up at him.

"Then it became a thing for me to be an extra, you could spot me in every film, like Where's Wally? but Where's Morgy?"