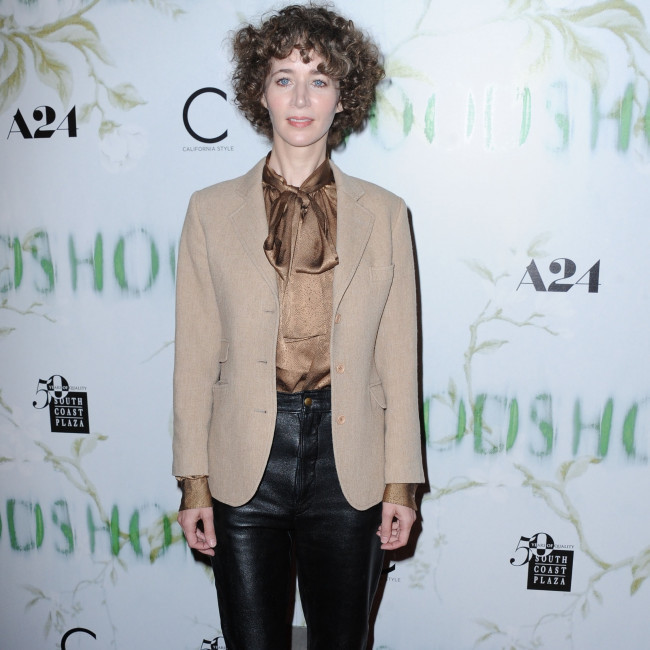 The 46-year-old director and actress has helmed 'Kajillionaire', a movie about a family of con artists, and revealed that she enjoyed tapping into the surreal for her projects.

Miranda said: "I feel like, if you're just a few inches off the ground, you get more truth in."

Evan Rachel Wood leads the cast of 'Kajillionaire' as Old Dolio Dyne – a woman seen as an accomplice in the scams of her parents Robert and Theresa (played by Richard Jenkins and Debra Winger respectively) and Miranda feels that she gives an excellent performance.

She said of the 'Westworld' star: "I'm only an eighth of the actress she is. I'm not devoted to that level. The slow burn she does over the course of the movie is not easy to do."

Old Dolio ends up in a lesbian relationship during the movie and Miranda feels that her sexuality is the most interesting aspect of the project.

July explained: "This sort of unspoken queer butchness – she's the kind of woman that's always been attractive to me, and I've never seen her as the hero of a movie, even though it's kind of conventional. It's sort of like Heath Ledger in 'Brokeback Mountain', a strong, silent, not very articulate, little bit of a screw-up.

"It's not like it's a radical storytelling hero, but just a woman, it is. I like that it's a sort of ode to this kind of woman."

Miranda admits that she tries not to be "overtly political" in her work, although sometimes it is unavoidable.

She told The I newspaper: "I'm never going to be overtly political, but at the same time, it's the air I'm living in. I remember Richard Jenkins, who plays the controlling father, saying, 'Do I even believe the things I'm saying or am I like (Donald) Trump?'

"At every turn, you kind of are always collaborating with the present."