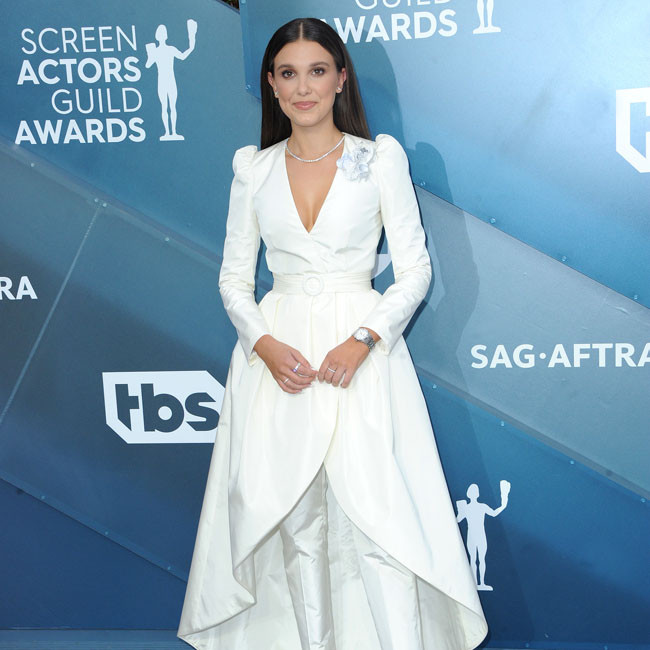 Millie Bobby Brown to star in The Electric State

Millie Bobby Brown is set to star in 'The Electric State'.

The 16-year-old 'Stranger Things' actress has signed up for the new science-fiction movie, which will be directed and produced by Anthony and Joe Russo.

'The Electric State' is based on Simon Stalenhag's illustrated novel of the same name. It is set in an alternative future and tells the story of a teenager (Brown), who sets out with a robot to find her missing brother.

The Russo siblings said in a statement: "We're thrilled to have this deal with Universal who has committed to a theatrical release of 'Electric State.' This is incredible news for us as filmmakers, and for audiences around the world who want an opportunity to experience films in theaters again. This is also a positive sign that, as vaccines become available, the theatrical market is returning."

Meanwhile, the Russo brothers are recently confirmed that their big-budget spy film for Netflix, 'The Gray Man', will launch a franchise.

"So you're gonna finish the movie, [and] have a complete story, but you're still gonna have questions about the wider universe. And I think that's one way to break the model a little bit, is to not give the audience everything in one film. Don't have a close-ended narrative. Have an open-ended narrative that's [like] a chapter in a book.”

The action thriller follows a former CIA operative turned freelance assassin named Court Gentry (Ryan Gosling) - who is also known as the Gray Man - who is hunted across the globe by his former CIA cohort Lloyd Hansen (Chris Evans).