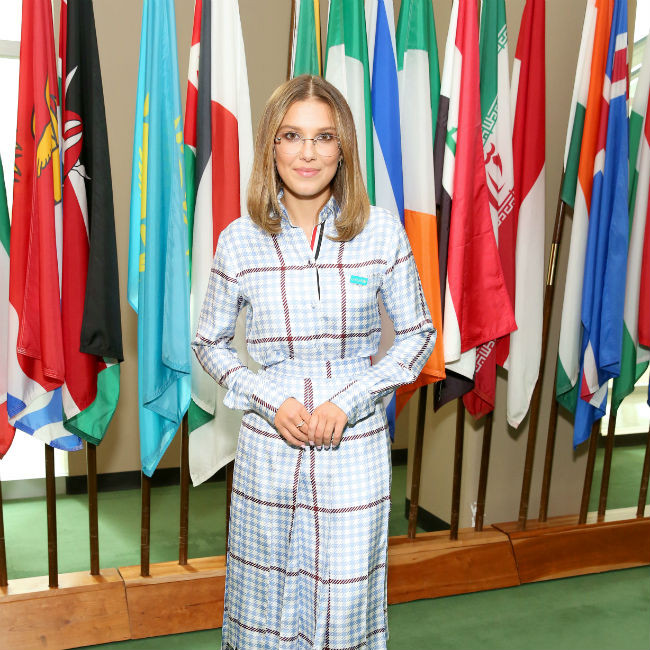 Millie Bobby Brown will battle a dragon in a new movie.

The 'Enola Holmes' actress has signed up to star as Princess Elodie in director Juan Carlos Fensadillo's 'Damsel', and will also executive produce the fantasy saga for Netflix.

According to Deadline, the movie will see the 16-year-old star's character led to believe she is marrying Prince Henry, only to find out she is being sacrificed to a dragon.

Meanwhile, the 'Stranger Things' star recently revealed she wants to play Amy Winehouse in a biopic, even though she was just seven years old when Amy passed away in 2011 at the age of 27.

Asked which historical figure she'd like to bring to life on the screen, she answered: "I wouldn't say she's historical but I would love to say Amy Winehouse.

"I personally think she is like an icon to R&B and blues and basically the whole culture of music. I just love her music and I really was impacted by her whole story - so I would love to play her."

However, Millie's dream to portray the 'Rehab' singer on the big screen could be ended by Amy's father Mitch Winehouse.

Mitch previously revealed that there are plans to release a movie about the 'Back To Black' hitmaker, potentially in 2021, but he would rather an unknown actress get the part of his daughter.

He said: "The movie is gonna be in a year or two. We've gone beyond talks, we're at script stage. The film is going to be a biopic.

"The casting will be - and I get to choose, with recommendations from the producer - a star-maker. We're gonna get an unknown actress, ideally a Jewish girl from North or East London who looks a bit like Amy and talks like Amy."