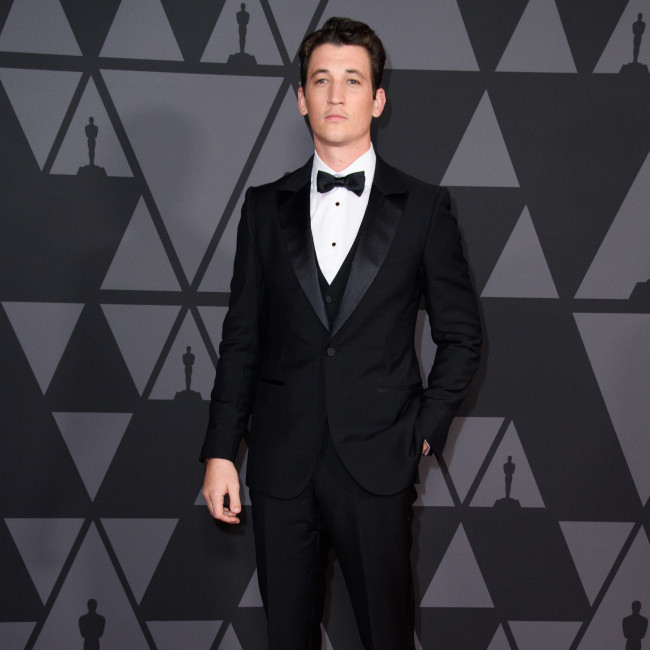 Miles Teller: There is no green screen in Top Gun: Maverick

Miles Teller has vowed there is "no green screen" in 'Top Gun: Maverick'.

The 33-year-old actor stars in the long-awaited sequel to 1986 hit 'Top Gun' as Bradley 'Rooster' Bradshaw and revealed that every stunt in the movie is down to the efforts of the cast and crew.

Miles said: "There is no green screen in a 'Top Gun' movie. Every shot, every stunt, was the result of the work, the real sweat, that we all put into it. The production was over the course of a full year, which was definitely the longest shoot I have ever been part of."

In the movie, Miles plays the role of 'Rooster', the son of Nick 'Goose' Bradshaw (who was played by Anthony Edwards and died in the original 'Top Gun') and explains that he will connect with audiences as he works with flight instructor Pete 'Maverick' Mitchell (Tom Cruise).

He explained: "Playing Goose's kid and getting to continue that storyline that was established in such a powerful way all those years ago, there is a lot of history there.

"I think when audiences realise the character I play is that tiny kid they saw in the original, it is going to hit. I was able to see it a couple of weeks ago. The movie just blew me away, and my wife said, 'That might be the best film I have ever seen.' She was crying multiple times."

The 'Whiplash' star also revealed that it took months of flight training to prepare for his part in the flick, which has seen its release pushed back until July 2021 due to the coronavirus pandemic.

He told Men's Journal: "I had about three months of flight training before starting the movie. That time was important to get comfortable with the crafts but also to build up our G-force tolerance, because all of the aerial elements were shot practically."