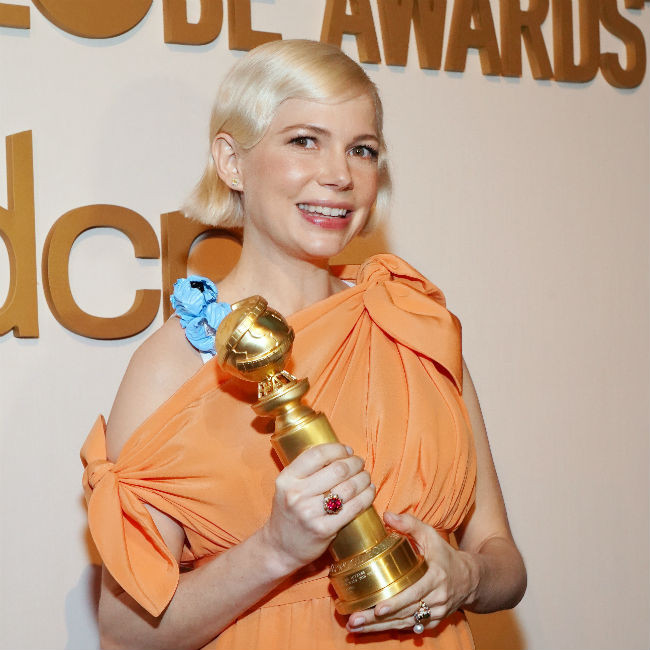 Michelle Williams has been cast as Katherine Parr in ‘Firebrand’.

The 'Greatest Showman' actress is set to play the last of the six wives of King Henry VIII, and the final queen consort of the House of Tudor, in the upcoming historical drama.

The film will mark the English-language debut of Karim Ainouz and is produced by Gabrielle Tana, who worked on this year's 'The Dig' with Michelle, via Magnolia Mae Films. The script comes from sister duo Henrietta and Jessica Ashworth, who were behind the TV hit 'Killing Eve'.

In a statement, Ainouz said: “I could not be more excited to be bringing the undiscovered story of Katherine Parr to the screen, a ferociously brilliant woman who I am inspired by deeply and has been largely invisible, or certainly under-represented in English history. Much is known about Henry VIII’s tyrannical reign, and those who perished and suffered at his hands, but my focus here is on a woman who not only managed to survive, but also, to thrive. This is a reimagining of a “period” film, a psychological horror film set in the Tudor court; a story of intrigue, agency and survival. Having Michelle Williams portray this remarkable woman, an actress of immeasurable talent and passion, is a dream come true."

Tana added: “I love all of Karim’s work to date and I’m so excited to be working with him. I know that Michelle will do glorious work with Karim. We’re going to be shooting at the beginning of next year and we’ve already assembled a great team with Hélène Louvart, Maria Djurkovic and Lisa Duncan as well as Nina Gold."

Production is expected to kick off in 2022.

Meanwhile, Michelle is also set to play Peggy Lee in the biopic 'Fever'.

The 40-year-old actress was approached to play the musician in the film, which is being directed by Todd Haynes.

Earlier this year, it emerged that MGM was in talks to board the project with Doug Wright penning the screenplay.

Reese Witherspoon, Marc Platt, Pamela Koffler and Christine Vachon are producing the movie for their Killer Films production banner. It is also understood that Billie Eilish, her mother Maggie Baird, and her record label partner Justin Lubliner expressed an interest in the project and were in early talks to board the flick as executive producers.

Billie was part of a celebration of Lee's life and career last year and credits the 'Fever' singer as one of her inspirations for her music.

The biopic was previously in development at Fox 2000 and looked set to go into production with Reese playing the lead role. However, it was shelved when Nora Ephron – who wrote the original draft – passed away in 2012.

The project soon gathered momentum as Michelle was drawn to the idea of playing Lee and MGM moved fast to be in pole position for the rights.