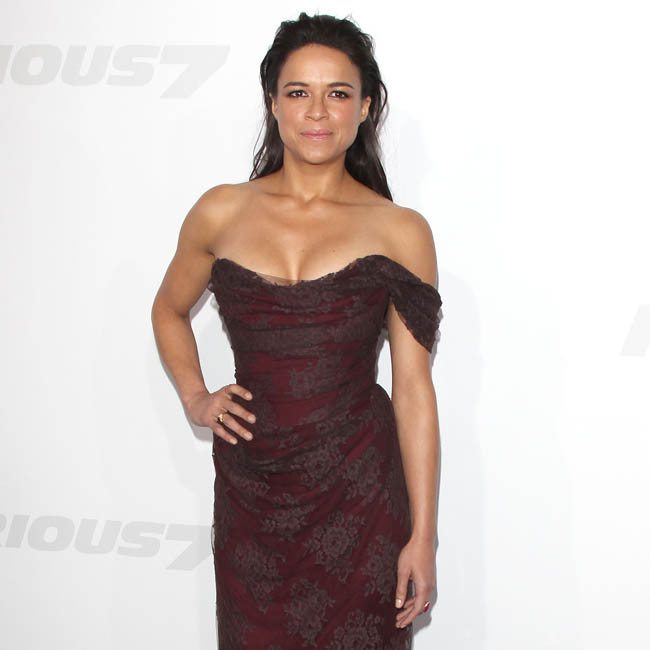 The 42-year-old star plays Letty Ortiz in the film series but co-star Jordana Brewster has recalled how she nearly walked away from the franchise straight away as he was unhappy with the way the part had been written.

Jordana, who plays Mia Toretto in the 'Fast & Furious' franchise, told Entertainment Weekly: "When Michelle read her role, she was like, 'No, I'm not playing that.' And then she changed it completely. It went from a trophy girlfriend to this really layered character."

Michelle explained how she wanted the writers on the 2001 movie 'The Fast and the Furious' to edit the script to empower Letty – the girlfriend of Vin Diesel's character Dominic Toretto.

She explained: "It was a reality check for them to realize that the streets don't work like that. You don't just get with a guy because he's hot. There's a hierarchy there. Can that hot guy get beat up by who you're dating? If he can, then you don't date him, because why would you want to lose the hierarchy.

"In order to keep it real, I had to school them, 'I know you guys like Hollywood and all that, but if you want to be realistic, this is how it really works, and I'm not going to be a s**t in front of millions of people, so you're going to lose me if you don't change this.' And they figured it out."

Michelle has been vocal about the representation of women in the franchise and praised the decision to add a female to the writing team after she had campaigned for the move to make sure characters aren't sidelined in favor of the males.

The 'Widows' star said: "The thing is, is that all the guys are focused on the guys, period.

"It's just an egoist natural thing. For people, people just care about themselves usually, or people who look like them or act like them or have the same genitalia, I don't know. It's just how it works.