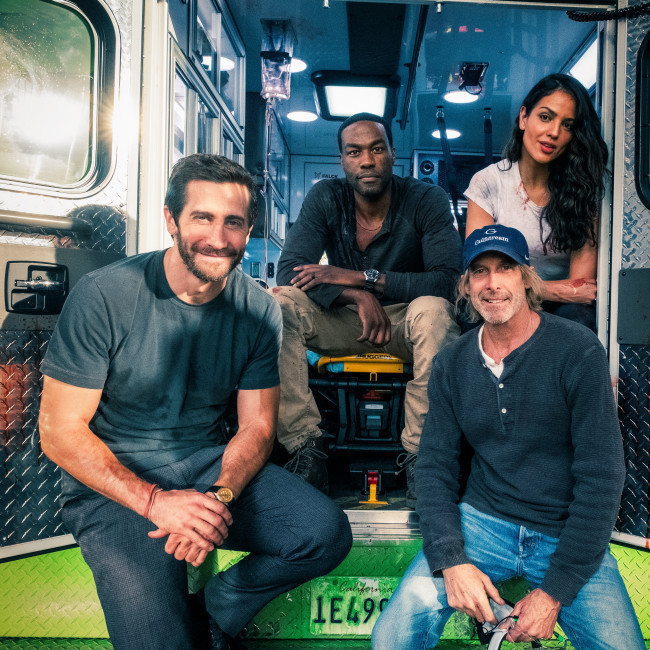 Michael Bay has slammed the visual effects in his new movie 'Ambulance'.

The 57-year-old filmmaker has helmed the new action flick that stars Jake Gyllenhaal and Yahya-Abdul Mateen II but is unhappy with some of the CGI that has been used.

Speaking to the European cinema chain Les Cinemas Pathe Gaumont, Michael said׃ "All those explosions and car flipping, that's real. That's all live, real, ratchets. It looks (very) dangerous if you don't know what the hell you're doing. Most of it is real stunts. There's very few blue screen shots on the movie. There's not a lot of CGI.

"Some of the CGI is s*** in this movie. There's a couple of shots I wasn't happy with, okay? Alright."

Michael – whose previous credits include 'Bad Boys' and the 'Transformers' franchise – recently suggested that rehearsals are now a thing of the past in Hollywood and was unsure if Jake and Yahya would work well together in the new flick, which will be released next month.

He told HeyUGuys.com: "That’s the thing you have no idea because modern Hollywood, everyone is always too busy, rehearsals are almost a thing, they did that in the ancient times, prehistoric times when I worked with Sean Connery.

"Jake is shooting something then boom it works, you know their movies but then you start talking to them as people, you get them together for dinner, and then you get together.

"What I try to do in my first week I try to shoot some of the beginning of the movie... a little action, a little tone." 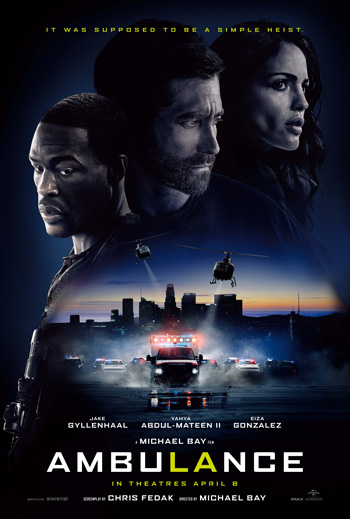 Over one day across the streets of L.A., three lives will change forever In this breakneck thriller from director-producer Michael Bay, decorated veteran Will Sharp, desperate for money to cover his wife’s medical bills, asks for help from the one person he knows he shouldn’t —his adoptive brother Danny. A charismatic career criminal, Danny instead offers him a score: the biggest bank heist in Los Angeles history: $32 million. With his wife’s survival on the line, Will can’t say no. But when their getaway goes spectacularly wrong, the desperate brothers hijack an ambulance with a wounded cop clinging to life and ace EMT Cam Thompson onboard. In a high-speed pursuit that never stops, Will and Danny must evade a massive, city-wide law enforcement response, keep their hostages alive, and somehow try not to kill each other, all while executing the most insane escape L.A. has ever seen. ...