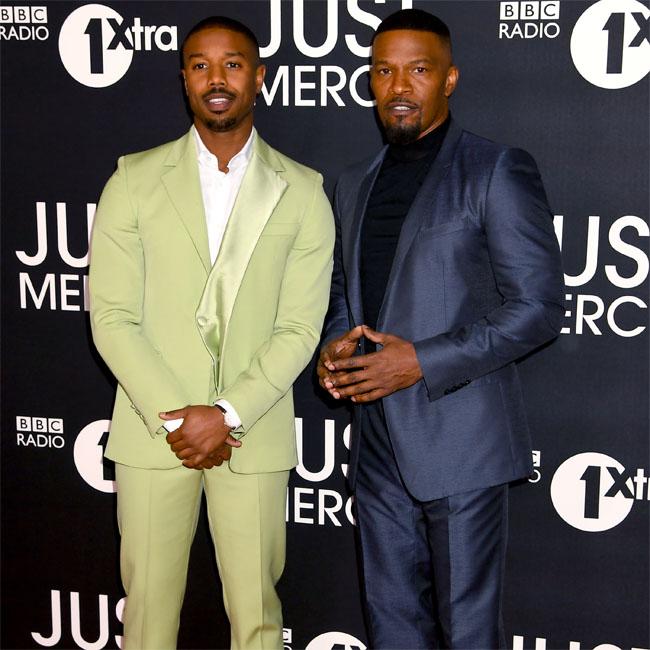 Michael B. Jordan had no idea of the story behind Just Mercy

Michael B. Jordan had no idea of the story behind 'Just Mercy'.

The 'Black Panther' star plays lawyer Bryan Stevenson in the film, which is based on the true story of Stevenson taking on the case of Walter McMillian (Jamie Foxx), an African-American man wrongly imprisoned for the 1986 murder of a white woman in Alabama and sentenced to death.

Michael admits that he was unaware of the story beforehand and took the role to make people more aware of "real-life superhero" Stevenson.

Michael, 32, was joined on the UK chat show by his co-star Jamie, who praised blockbuster star Michael for accepting the role in the drama and continuing to promote stories centered around black characters.

He said: "I commend Michael for taking this movie. If you look at what he did with 'Fruitvale Station' and then 'Black Panther' to bring the narrative out for black people, I think this film completes his artistic sentence. When people watch this film, they weep and cheer because it moves your soul."

Jamie, 52, revealed that 'Just Mercy' had personal resonance as his father spent time in jail during his childhood.

He explained: "When Michael called me, I was humbled and honored to be part of the project, but it is personal because they put my father in jail for seven years for having $25 of illegal substances. He was an educator of kids in the inner city and he taught me everything I know.

"I couldn't visit him in jail because I saw him as a king, but I wrote to him to say, 'Things have gotten good for me and when you get out I will save your life', and he has been living with me for 20 years now."

Jamie added: "Here's the good part - when he saw the movie, he said, 'You tell that Michael B Jordan to keep doing what he is doing because it is so important.'"