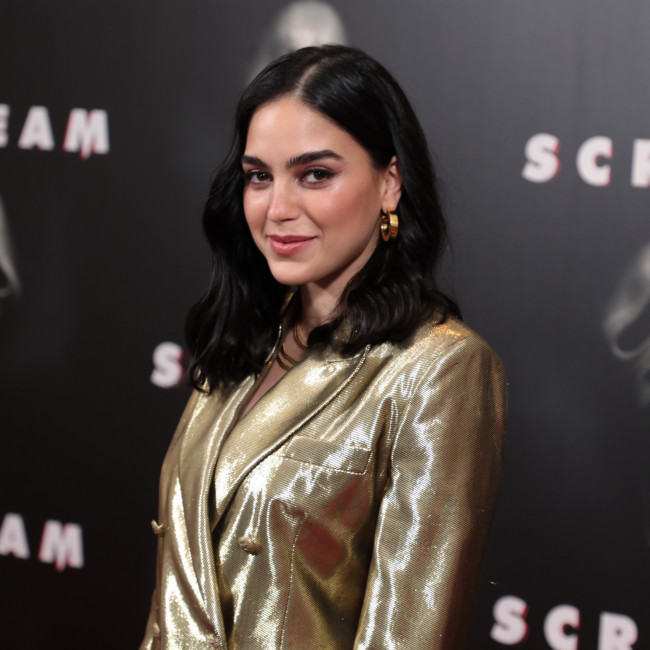 The 32-year-old star - who will reprise her role as Sam Carpenter after joining the franchise with the fifth film earlier this year - has teased the impact of moving the story away from Woodsboro.

"Because you also see how, in a city like New York City, everyone is kind of doing their own thing and someone is screaming for help, and no one will come to their help.

“No one comes to help them, you know, like, everyone’s kind of like, ‘I’m not getting into that.’

"So it’s mortifying, because you’re chased by Ghostface, but you also see humanity and how that reacts in a situation like that. Anyway, I think I’ve already probably said too much.”

Barrera will be joined by co-stars Jenna Ortega, Jasmin Savoy Brown and Mason Gooding for the upcoming sequel, while Courteney Cox - who has appeared in the first five 'Scream' movies - will also be back.

However, Cox's fellow franchise veteran Neve Campbell pulled out of the film because she didn't feel "valued" by the deal she was offered.

Reflecting on the decision, Barrera previously said: "It was shocking, but also, as a woman, I get it. Especially as a woman of color, I deal with that stuff all the time where I feel like they’re not paying me what I know that I’m worth.

"But usually for me, I feel like it’s because I’m a Latina, and they don’t value us as much as white women.

"So if Neve being a white woman is feeling undervalued, that just goes to show how much of a problem it is in the industry. I applaud her sticking to what she believes in.”