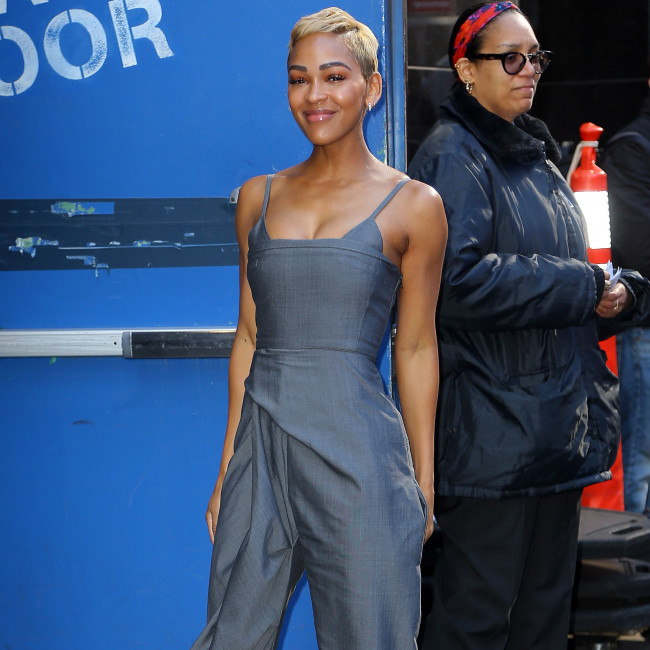 Meagan Good thrilled to be playing a black female superhero in Shazam! Fury of the Gods

Meagan Good thinks it is vital that she is playing a black female superhero in 'Shazam! Fury of the Gods'.

The 40-year-old actress reprises her role as the adult superhero Darla Dudley in the DC Extended Universe (DCEU) sequel and is pleased to act as a role model for other black girls by playing a hero on screen.

Meagan told Popculture.com: "I'm excited about 'Shazam!' because a big thing for me was like, I want little girls to know that the little black girls, to see themselves in superheroes.

"That's something in terms of black female superheroes that we haven't had until the last couple of years outside of Eartha Kitt playing 'Catwoman', you know? But other than that, we hadn't really had any consistent superhero to the point of where it was more of a norm and less of a big deal when you see it."

Meagan admits that she did not see many people that looked like her in films when she was a child but was inspired by stars such as Jada Pinkett Smith and Halle Berry.

She explained: "Growing up, I didn't have a ton of examples (and) I remember right when Jada Pinkett, and Nia Long, and Halle Berry, and Angela Bassett – when all these women were first coming onto the scene and I was a child and it was like, 'Wow, somebody who looks like me.'

Good continued: "And it really shaped my world and how I saw myself and what I was capable of. And it really put in my mind that no matter where I grow up, no matter what certain people tried to tell me – neighbours or teachers that didn't believe in me, or didn't support me – because I could see them, I knew what was available to me. And I could see my worth just in seeing them."