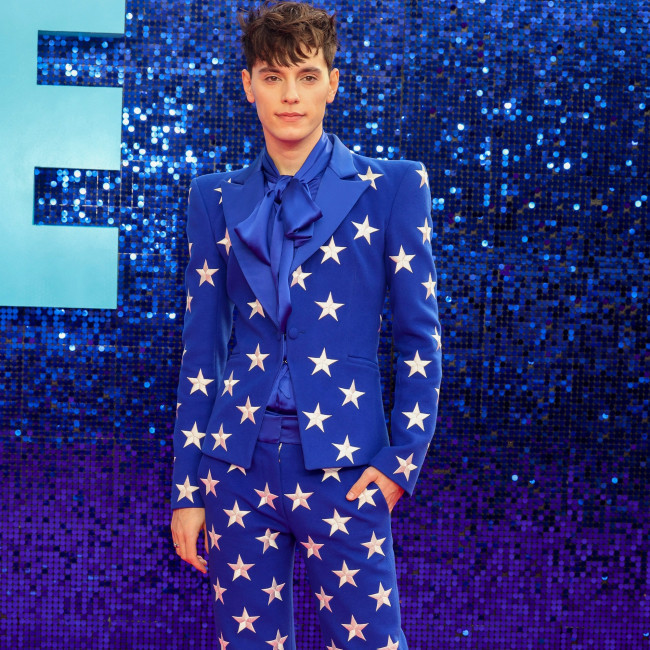 Max Harwood had limited experience of drag before starring in 'Everybody's Talking About Jamie'.

The 24-year-old actor plays the lead role in the film adaptation of the hit stage musical of the same name as teenager Jamie New, who becomes the drag queen Mimi Me, and was excited about being transformed into a drag artist.

Asked if he had attempted to drag before taking on the part, Max said: "Not really. I dressed up as a kid; my sister and I would perform 'Grease' for the family, and I would swap roles so I could play Rizzo.

"But I'm a huge fan of 'RuPaul's Drag Race'. I was incredibly excited to have a makeup artist put me in drag."

Max revealed that he studied YouTube videos so he can perfect his costume for the movie, which also features Richard E. Grant and Sharon Horgan.

He told Variety: "I followed YouTube videos when you learn things like how to glue down your eyebrows. Honestly, some of the things I put on my face were really questionable and awful. But I've gotten better. I can actually do an OK drag face for myself, so I'm super proud of that."

Max explained that it was very difficult to learn how to walk in high heels and how the technique required hours spent practicing with a coach.

He said: "It was really hard! And I'd done ballet, so my feet were quite strong. I worked with an amazing heels coach named Shawn Niles, and we spent hours in the dance studio just walking around, playing Whitney Houston, learning about hip placement and strengthening ankles and things like that."