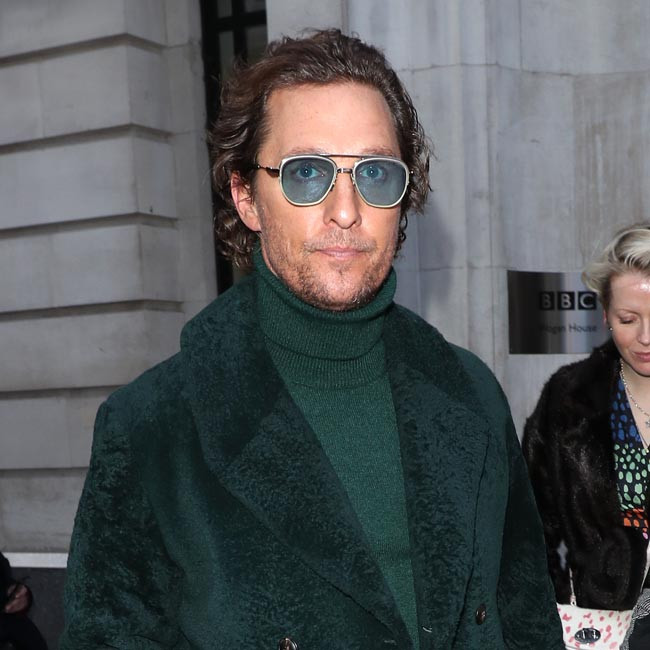 Matthew McConaughey has admitted "no one" wanted to cast him after he rejected romantic comedies.

The 51-year-old star - who became a Hollywood heart throb after starring in movies like 'The Wedding Planner', 'Ghosts of Girlfriends Past' and 'How to Lose a Guy in 10 Days' - once turned down $14.5 million offer for a rom-com after a six month sabbatical from the film industry to get away from the genre.

Speaking on 'The Brian Buffini Show', he said: "Now, 14 months go by after that six months where nothing comes in, I call my agent every other day, 'What do you got?'

"'Buddy, no one is even mentioning your name. I bring up your name they say, 'Don’t even want to talk about it.' Now I’m going, 'I may have just taken a one-way ticket out of Hollywood. I may never work in Hollywood again'.

"But I had a hunch that I was like with each day – You know when you go and you endure something and you’re taking a pennant, with each day you build a little bit more honour and strength to drag it into this, the less it’s even going to be a possibility of me going back. I was not going back."

The 'Dallas Buyers Club' actor's plan worked out, as his self-imposed exile resulted in people wanted to get him on board for different projects.

"I found anonymity. I unbranded, and then when those came to me, the scripts came to me that I want to do that dramatic fair, I attacked it with fangs instead and just ate it up, because I knew what I wanted to do, but it was the unbranding. It was the go find anonymity again."