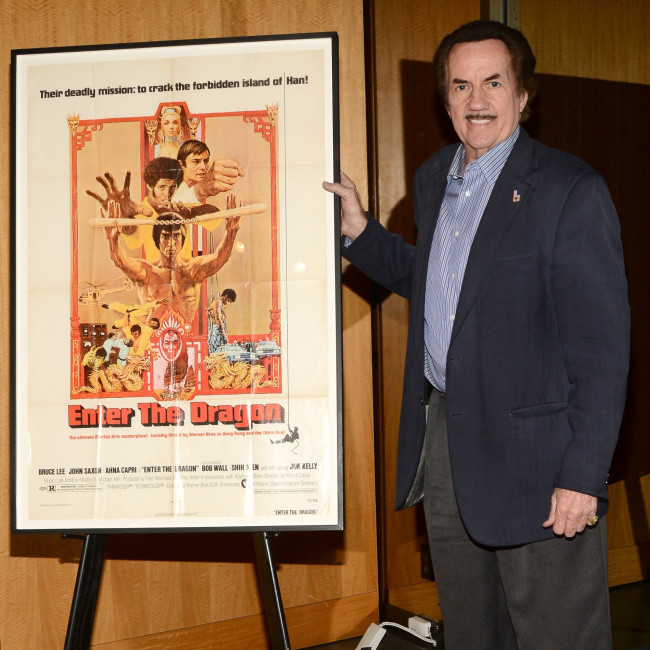 The martial arts expert and actor - who famously battled Bruce Lee in the movies 'The Way of the Dragon', 'Enter the Dragon' and 'Game of Death' – passed away on Sunday (30.01.22) in Los Angeles, his family have announced.

In a statement to The Hollywood Reporter, they said: "He was a pillar of strength and inspiration to us all who encountered him, and his radiant spirit and legacy will never be forgotten.

"He was a brilliant martial artist, a never-ending source of jokes, a gifted speaker and a passionate man whose unconditional love and support were unmatched."

The star was a ninth degree Tang Soo Do black belt and was close friends with the legendary Chuck Norris. The pair first met during the 1960s and were business partners in a chain of karate studios as well as appearing in a variety of films together.

Bob was famously involved in a brutal fight with Lee in the 1973 film 'Enter the Dragon' and recalled how he suffered cuts during the fight sequence as the martial arts icon insisted that real broken bottles were used during the scene.

The actor also recalled how Bruce was like a "brother" to him and taught him so much about martial arts.

"I'm so happy I forced myself into the first film, because I guess I did a good enough job I got two more after that."

He continued: "I prepared for it by working my butt off and anything he said I tried to get really good at.

"He taught Chuck and I how to take a hit. We worked hours at doing that. Mostly it was taking my martial arts skill, understanding Bruce was the expert, following his lead, and being on your toes 24 hours a day, if that's what he had you shooting."

The cause of Bob's death has not been revealed but he leaves behind his wife Lillian – who he married in 1968 – and children Shana, Kara, Gennine and Ron.