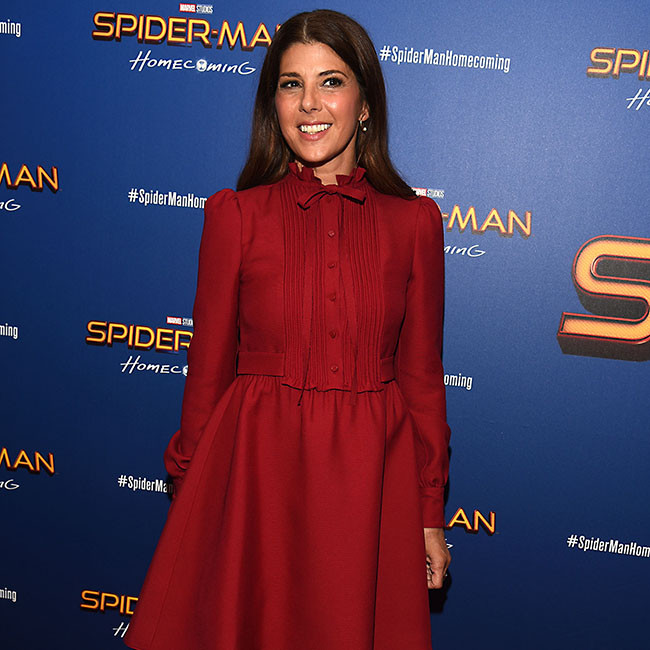 Marisa Tomei thanks Spider-Man fans for their support

Marisa Tomei has thanked Spider-Man fans for their response to the 'No Way Home' trailer.

The award-winning actress has reprised the role of May Parker, Peter Parker's aunt, in the upcoming movie, and she's taken to Instagram to thank fans for their positive reaction to the teaser.

Marisa, 56 - who previously starred in 'Spider-Man: Homecoming' and 'Spider-Man: Far From Home' - said in a video message: "Hi friends. Thanks for all the love for Spidey. For the trailer. For May. Thanks for the May fans ... I'm excited for you to see the film - just a few more months. Tease you a little bit more!"

And Tom Holland revealed that fans have "no idea what else is to come" from the 'Spider-Man' franchise.

The actor - who plays the titular character in the film series - said in an Instagram video: "I’ve been flying for the last ten hours, so I actually didn’t post the trailer, my brother Harry did.

"So I haven’t been able to see the reactions and how excited everyone is ... I’ve [just now] turned my phone on, and my phone has gone mental. The love and support you guys have shown for the film is so exciting.

"Honestly, that is just the tip of the iceberg, you have no idea what else is to come. I’m so excited to share more with you guys ... it feels so good to be back with Spider-Man, to be showing you trailers, to be having films coming out. This is so exciting.

"I love you all, thank you for the support, and enjoy the trailer."