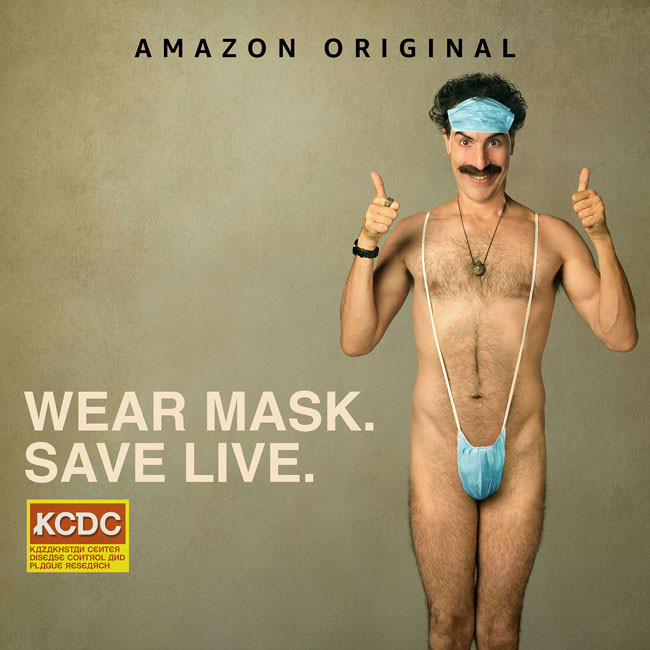 Maria Bakalova's "heart was racing like crazy" during the infamous scene with Rudy Giuliani in 'Borat Subsequent Moviefilm'.

The 24-year-old actress starred alongside Sacha Baron Cohen in the outrageous comedy sequel as Tutar Sagdiyev, the daughter of Sacha's alter ego Borat Sagdiyev and recalled how she was full of fear as she posed as a journalist for the encounter with Giuliani.

Maria told Baz Bamigboye's column in the Daily Mail newspaper: "I was able to hear my heart racing like crazy. He was the president's lawyer; and these people are super smart, usually.

"I'm not sure I saw it the way everybody else saw it. Sacha was hiding in the closet, trying to save his daughter - but he saved me, Maria! As a producer, and as a creator, he's my teacher and guardian angel."

Tutar was also set to undergo plastic surgery at the hands of an actual surgeon as part of the plot and Maria admits that she was tempted to break character in the scene.

She said: "That's the time when you want to almost break character. I was having small panic attacks before every scene, for sure."

The Bulgarian actress also revealed that she had little experience of working on comedy projects before being cast in the flick.

Maria explained: "Half of my life has been dedicated to acting. But most of the parts I've been playing have been heavily dramatic, from teenage pregnancy to committing suicide. So the comedy wasn't my thing."

Maria's next role will see her star in Judd Apatow's pandemic-themed comedy 'The Bubble' and she believes that the 'Borat' sequel has prepared her well for the project.

She said: "It's a comedy about a movie crew trying to finish a movie during the pandemic. It feels completely familiar, because we were these crazy people who went out to finish 'Borat' in the middle of a pandemic!"