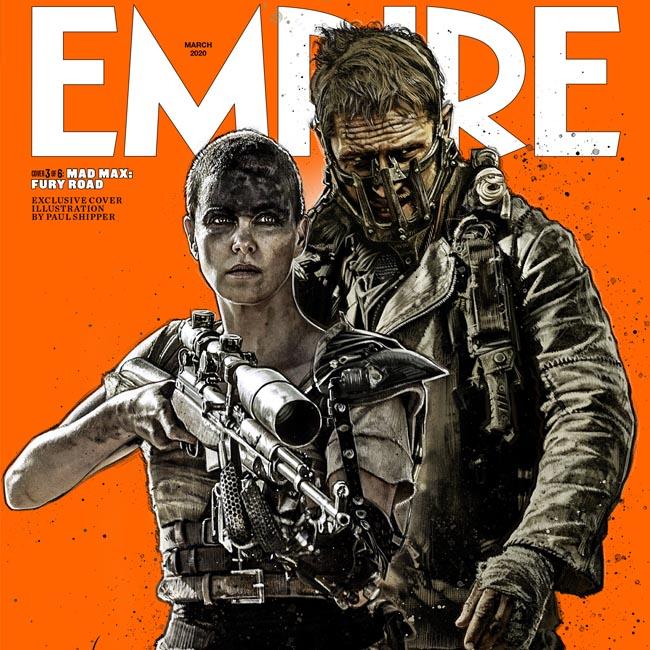 The publication's critics and readers chose George Miller's 2015 instalment of the blockbuster post-apocalytic franchise - which starred Tom Hardy and Charlize Theron and won six Oscars - as their top pick of the best 100 movies released over the past 20 years, beating the likes of 'The Lord of The Rings: The Fellowship Of The Ring', 'The Dark Knight', 'Inception' and 'Moonlight', which made the top five.

Miller admitted it was a nice "pat on the back" and revealed what he thinks makes a film standout above the rest.

The 74-year-old filmmaker - who has also helmed classics including 'Babe' and 'Dead Calm' - told the magazine: "It's a lovely pat on the back ... How do you measure the worth of a film?

"The best I can come up with is to ask, 'How long does it follow you out of the cinema?'

"Some films you've forgotten by the time you get to the car park. "Others seem to follow you around for the rest of your life."

On never giving up after spending several years getting the movie made, he said: "Whenever it fell down, it didn't stop me thinking about it. You couldn't kill it with a stick."

And heaping praise on Charlize for her turn as Imperator Furiosa, Miller added: "There were times when I remember sitting at the back of The War Rig, and Charlize would be driving back to set and I'd think 'Wow, if this was the apocalypse, I'm glad she's driving The War Rig.' She was Furiosa."

Whilst 'Mad Max: Fury Road' was the top choice of the publication's critics, the readers named 'The Lord Of The Rings: The Fellowship Of The Ring' their number one film, with the former coming in second place.

Christopher Nolan's 'The Dark Knight' - which saw the late Heath Ledger win an Oscar for his portrayal of The Joker - made it to number three, whilst 2019's 'Joker', which stars Joaquin Phoenix as the crazed clown and caused controversy, with some suggesting the antisocial violence in Todd Phillips' film might inspire violent acts in the real world, only made it to 39.

Two female directors also made the top 10, with Sofia Coppola's 'Lost In Translation', at number 10 and Greta Gerwig's 'Lady Bird', at 36.

Terri White, the Editor-In-Chief of Empire, commented: "It's been a phenomenal 20 years in cinema and drawing up this list was no easy task for either our critics or readers!

"The resulting 100, though, is a testament to the verve, vitality and pure power of film in the 20th century."

The 100 Greatest Movies of the Century (so far) are revealed in this month's issue of Empire, on sale on Thursday January 23rd, and online now at empireonline.com.

Empire's '100 Greatest Movies of the Century':

14. 'Eternal Sunshine Of The Spotless Mind'

50. 'The Hunt For The Wilderpeople'

85. 'The Assassination Of Jesse James By The Coward Robert Ford'

7. 'Eternal Sunshine of the Spotless Mind'

9. 'Spider-Man: Into The Spider-Verse'