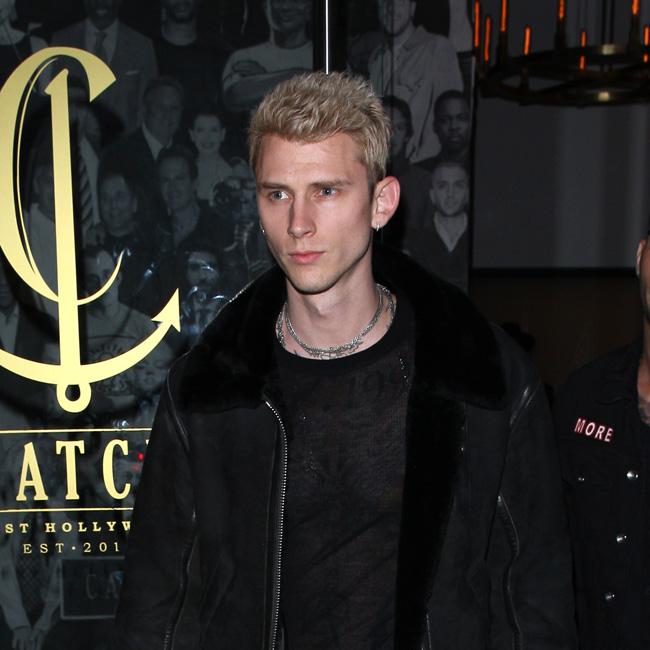 The 29-year-old rapper and actor, whose real name is Colson Baker, is set to star in an unknown role in the untitled semi-autobiographical film revolving around the 'Saturday Night Live' comic, which is set for release on June 19, 2020.

The 'Band Things' hitmaker - who has starred in Netflix's hit 2019 thriller 'Bird Box' and Motley Crue biopic 'The Dirt' - acted alongside Davidson in Jason Orley's indie comedy 'Big Time Adolescence' which made its world premiere at this year's Sundance Film Festival.

The film's script has been penned by Apatow, Davidson and Dave Sirus and Apatow will produce the picture for his Apatow Productions alongside Barry Mendel.

Pete, 25, grew up in Staten Island, New York City, and lost his firefighter father in the September 11 Twin Towers terror attack, when he was just seven, and the comedian has previously admitted that the death of his parent has greatly influenced his stand-up routines - which he started at the age of 16.

Pete was also previously engaged to Larry David's daughter, Cazzie David, 25, as well as pop superstar Ariana Grande, 25, who he popped the question to after just four weeks of dating.

The 'Till I Die' rapper joins the growing cast of Marisa Tomei, Bill Burr, Bel Powley, and Pamela Adlon.

Colson will also star alongside Maude Apatow - the daughter of director Judd and Leslie Mann - who will play Pete's on-screen sister in the movie.

Maude has previously featured in her dad's early films including 'Knocked Up', 'Funny People' and 'This is 40'.