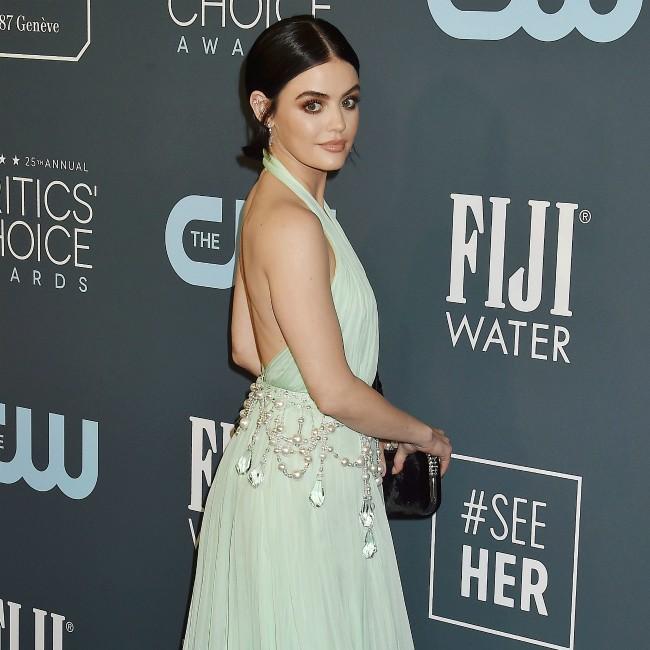 Lucy Hale to star in Borrego

Lucy Hale is set to star in 'Borrego'.

The 31-year-old actress is poised to lead the cast of the survival thriller alongside Nicholas Gonzalez, according to The Hollywood Reporter.

Lucy will also serve as an executive producer on the project, which is being directed by Jesse Harris from a self-penned script.

The 'Pretty Little Liars' star will play a young botanist who moves to a small desert town to study a plant species. Whilst conducting her research, she comes to the aid of a crashed plane only to find herself taken captive by a drug mule.

The inexperienced criminal then leads her on a trek across the sweltering desert so he can make the deal.

The local sheriff (Gonzalez) is drawn into the search for the missing botanist after his daughter sets out to find her, all while being pursued by a local drug receiver.

Meanwhile, Lucy recently revealed she was left feeling "mortified" by her audition for 'Fifty Shades of Grey'.

The Hollywood star tried out for the role of Anastasia Steele in the movie but was "scared" by the "sexually forward" monologue she was asked to perform.

Lucy recalled: "I was very young. I forget ... it had to have been, not 10 years ago, it was a while ago and I was mortified.

"It wasn't actual scenes from the movie, but it was a very sexually forward monologue and I didn't really even know what I was saying in the audition."

She added: "I was a little naive about it all, but yes, I did audition.

"I obviously didn't get the part, but it was good for me because it scared the c*** out of me to do an audition like that."