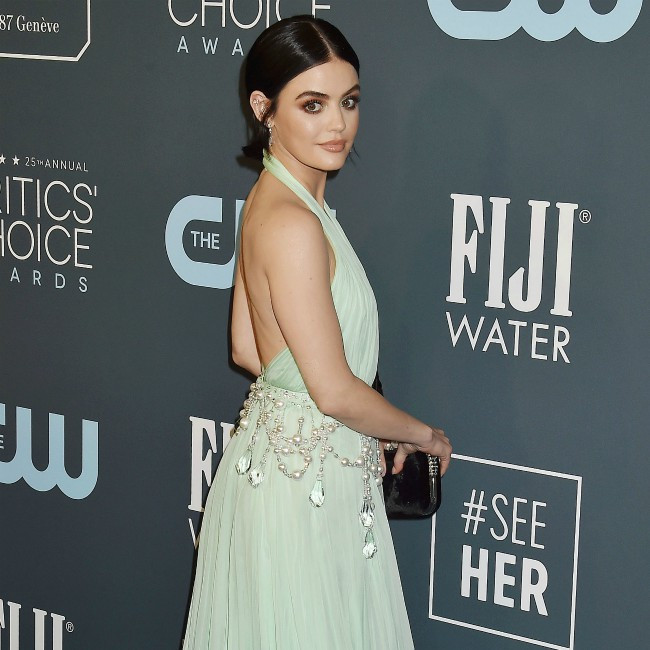 Lucy Hale and Keir Gilchrist will lead the cast of 'Mort in Sherman Oaks'.

The pair have been tapped to star in the offbeat romance that will mark the debut feature from Daniel Andre.

The film has been written by Andre and is about a down-and-out mortician living in a future Los Angeles. Individuals are able to receive their LDC (life day count) through a specific scientific method.

When Mort (Gilchrist) discovers he has less than a year to live, his fiance Nicole (Eastwood) leaves him and he is forced to accept his grim fate.

Mort signs up for a dating service that matches people based on their death dates and meets Kate (Hale), while being stalked by a deranged pimp called Simon (Coiro) at the same time.

Andre is producing the flick with Greg Lauritano, Lucas Jarach and Luke Daniels.

Meanwhile, Lucy recalled how she was left "mortified" by the "sexually forward" monologue when she auditioned for the role of Anastasia Steele for the film adaptation of 'Fifty Shades of Grey'.

"It wasn't actual scenes from the movie, but it was a very sexually forward monologue and I didn't really even know what I was saying in the audition."

Lucy, who missed out on the part to Dakota Johnson, added: "I was a little naive about it all, but yes, I did audition. I obviously didn't get the part, but it was good for me because it scared the c*** out of me to do an audition like that."