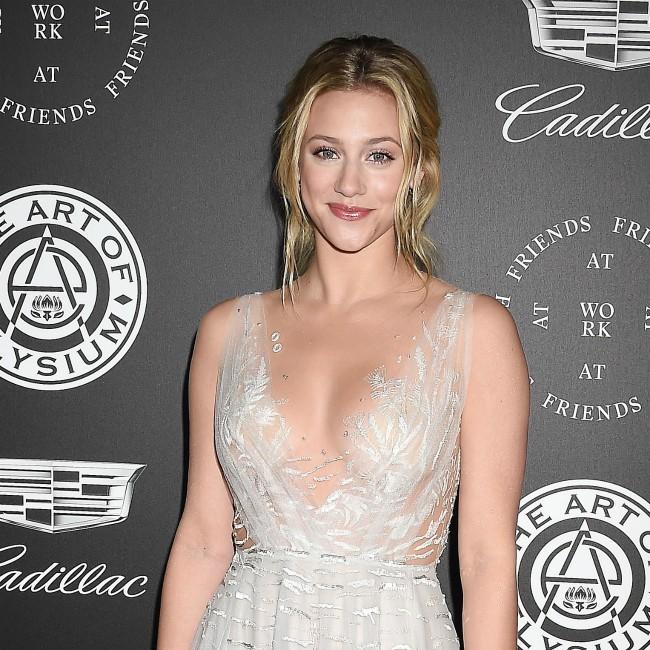 Lili Reinhart "intentionally" got "depressed" to prepare for her new movie role.

The 23-year-old actress plays Grace Town, an emotionally damaged teenager who keeps quiet about the reasons why she's transferred to a new high school, in 'Chemical Hearts', and she drew on her own struggles with anxiety to understand her character.

Asked about her preparations, she said: "I stopped working out and intentionally let myself get depressed."

And Lili used the loss of her beloved dog Delilah to understand her alter ego.

She told the Daily Mail newspaper columnist Baz Bamigboye: "That added to the level of grief and brought some real emotions."

As well as being secretive about her background, Grace wears oversized boys clothes and uses a cane and the actress was determined her school newspaper editor character did not come across as a "glamourpuss".

Recalling her mother's reaction to the film, Lili said: "[She shouted] 'You look exactly like you do in real life!'

And Lili wanted to send a positive message about body image because she is angry with those who "change the s***" out of themselves to achieve a certain look.

She said: "That kind of surgery is very damaging to young women, who are looking online for inspiration. They go, 'I want a body like that!' But it's not real. They have to pay to look like that.

"Some people are blessed with beautiful bodies. Good for you. But let's not worship that."

Despite her downbeat character, Lili enjoyed working on the movie because she could "breathe and take [her] time" as it was a much slower pace to the "fast-fast-fast and go-go-go" environment of her TV series 'Riverdale'.