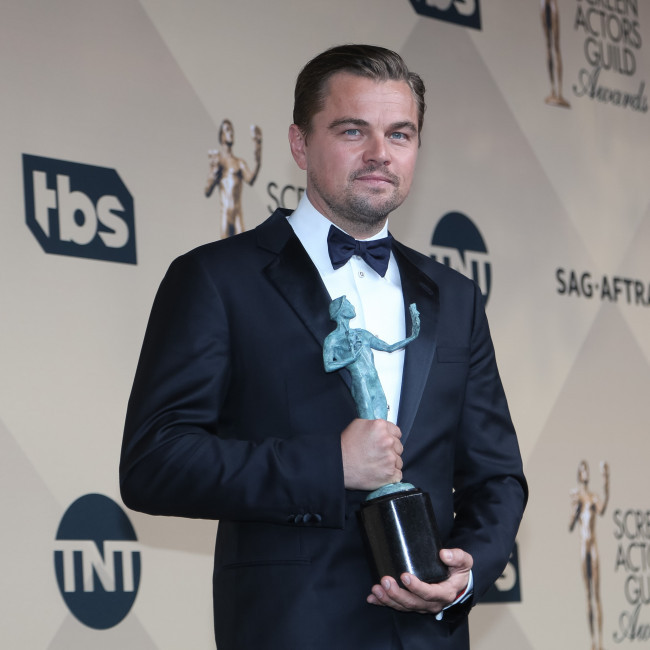 Leonardo DiCaprio lined up for Another Round

Leonardo DiCaprio is to star in an English language remake of 'Another Round'.

The Hollywood legend is reportedly being lined up to star in the English remake of Thomas Vinterberg's movie, which had originally starred Mads Mikkelsen in the same role in the Danish version of the film.

The movie follows the story of four teachers, all who work at a school in Copenhagen and are looking for some excitement in their life. At one fateful dinner, they decide to see if things are better after a few drinks and make a plan to keep their blood alcohol levels raised at all times to see if it does the trick. However, one of the teachers takes things a bit too far and their friends start to fear they are becoming an alcoholic as they turn to binge drinking.

DiCaprio is slated for the lead role, according to Deadline, with his and Jennifer Davisson's production company Appian Way winning the remake rights. Mikkelsen will be a producer, with the team currently looking for a writer.

Vinterberg - who was nominated for Best Director at the Academy Awards for his part in the Danish language version - will serve as an executive producer, with no director listed just yet for the remake.

And for whoever does take on the role, they may want to practice having a drink as Mikkelsen previously revealed he got drunk to prepare for his role in the critically-acclaimed movie.

He explained of the process: "We did a boot camp before we started shooting, and we tested out the exact levels, 0.5, 0.8, 0.1 and we tested out some of the scenes and we filmed the whole thing, we had a great time. We're four guys, who know each other well, you've had a few shots before, it doesn't seem that odd. It's normal."