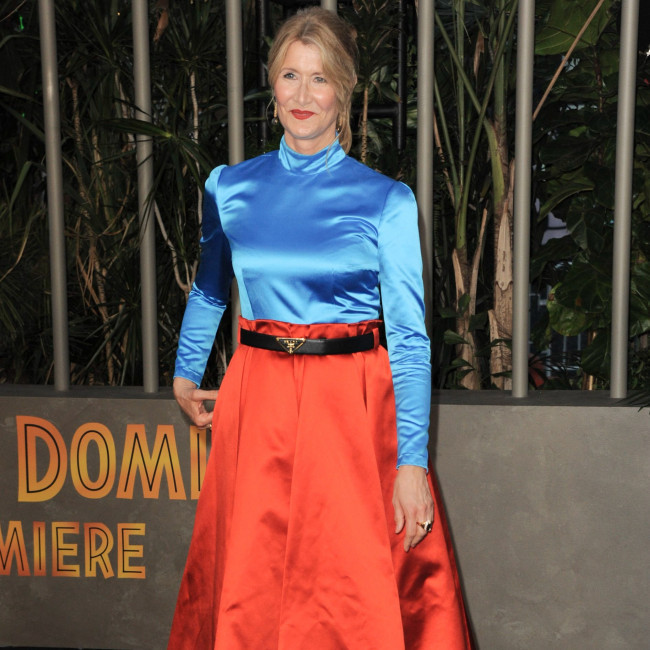 The 55-year-old actress reprises her role as the scientist in the concluding part of the 'Jurassic World' trilogy and revealed that she discussed the development of her character and the authenticity of the story with director Colin Trevorrow before returning to the 'Jurassic Park' franchise.

Speaking to ComicBook.com, Laura said: "Luckily, they were very open to those and in agreement, and it was very important to Colin, who cares deeply about the environment, and I think feels proud and grateful that we have a seamless opportunity in this franchise to talk about what's most important right now, in terms of protecting our home, Earth.

"It's embedded in this franchise. It's in the original book. So, it was a seamless conversation."

The 'Marriage Story' actress explained how she wanted the character to be an "activist" in the new blockbuster and was pleased that Trevorrow agreed with her thoughts.

Laura said: "But to me, how she'd evolved in her area of science that she has studied as a palaeontologist, our former extinction, and would have evolved as a soil scientist whose focus would be climate change to avoid another extinction. (It) made perfect sense and he agreed completely.

"And she wouldn't not be an activist. It's Dr. Ellie Sattler, come on. And if boys want to join her and use their voice, they might have an amazing experience. But they better abandon dig sites and get with the programme and start saving the world."

Dern is part of a strong female presence on 'Jurassic World Dominion', which also features Bryce Dallas Howard and DeWanda Wise, and reflected on how things have changed since she appeared in Steven Spielberg's original 1993 movie.

She said: "I do feel moved and proud at how this franchise has evolved. I got a bit teary-eyed remembering the 23-year-old me, feeling like it was going to be hard work to fight for something. And to now be standing between Bryce and DeWanda, and feeling that power, was really moving."