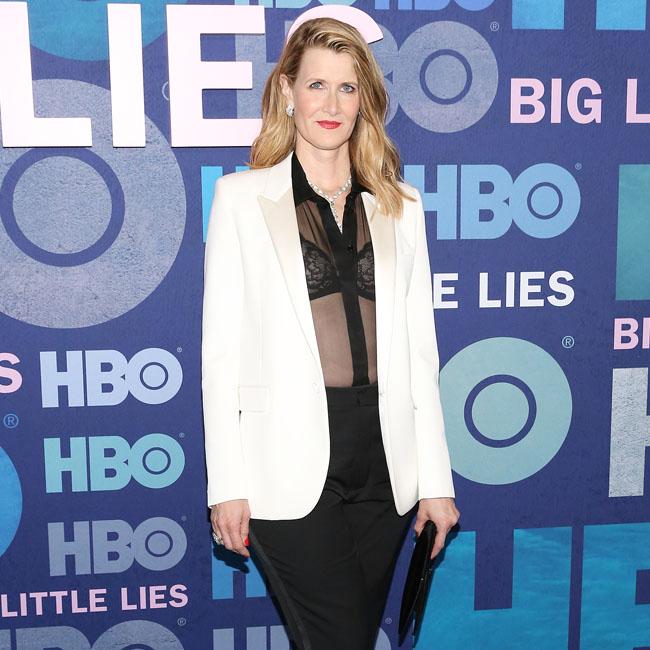 Laura Dern in the dark about Jurassic World role

The 52-year-old actress is set to reprise her 'Jurassic Park' role of Dr. Ellie Sattler in the upcoming blockbuster and while she's promised her alter ego will be "heroic", she's insisted no one has given her any other details about the latest installment in the dinosaur saga.

"I mean, she's just going to be heroic! That's all I know. But I know nothing else."

Chatting about scary movies last week, he let slip: "Well, I guess those dinosaur movies are kind of scary. And we're gonna do another one of those around these parts come this summer.

"Colin Trevorrow as the great director is going to be writing and directing it. And I can't wait."

Trevorrow recently revealed the movie will bring back Sam - who played Dr. Alan Grant and Laura to join Jeff back in the series in an "organic way".

He said: "We'd have had to come up with a reason why Ellie, Malcolm and Grant all went to the theme park on the exact same day it broke down - again. The next film allows the legacy characters to be part of the story in an organic way.

"(Co-writer) Emily Carmichael and I call it 'Jurassic Park VI' because it is."

The director also revealed that the filmmakers had to consider how the characters have changed since their last appearance in 2001's 'Jurassic Park III'.

He said: "You start asking the most basic questions: who are those people now? What do they make of the new world they're living in, and how do they feel about being part of its history?

"Ultimately it will be in collaboration with the actors. They know and love these characters. We'll do it together."