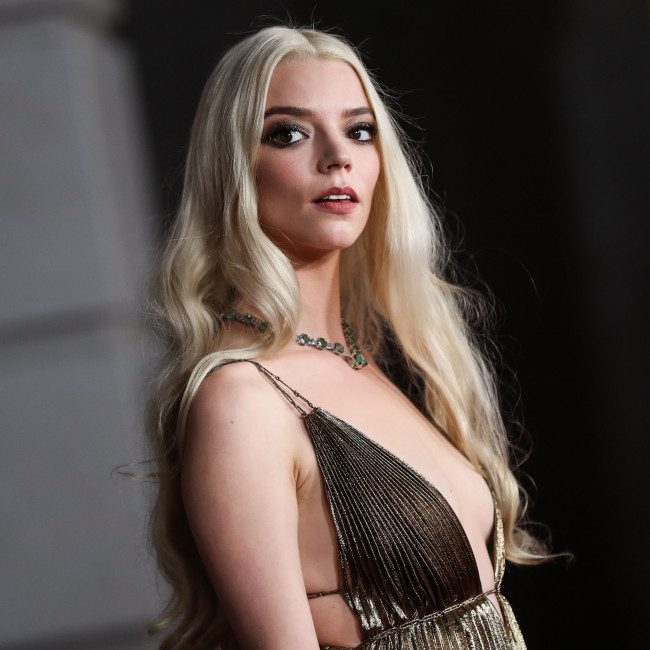 Anya Taylor-Joy is a “joy” to dress, according to the ‘Last Night in Soho’ costume designer.

Odile Dicks-Mireaux – who is responsible for the outfits in Edgar Wright’s new 1960s set film - said that the actress was fantastic to collaborate with.

The BAFTA winner told Hello! magazine: “Anya is a dream to work with. She is extraordinary because she can sing, dance and look amazing. Whatever Edgar and I gave her, she made it work.”

The ‘Chernobyl’ costume designer reflected on one moment in particular from Anya that she believes will stay in her mind for a long time to come.

Odile said: “When Anya went on the dancefloor, she lifted and flicked the dress in the air - she hadn’t told anybody that she was going to do that. I can’t tell you much of a thrill it is, as a costume designer, to see an actress do something like that.”

The 'Queen's Gambit' actress recently opened up about how much she enjoyed working with Edgar and how his love of music added to the scenes in the movie – which also features Matt Smith and the late Dame Diana Rigg.

She told the Hollywood Reporter: “I love that he [Edgar] knows what the music is going to be before he does the scene. As a performer, it places you in the realm, perfectly."

Odile - who also worked with Saoirse Ronan on ‘Brooklyn’ and the upcoming ‘The Wonder; - explained how the clothes featured in the flick helped tell the story.

She said: “The film isn’t nostalgic - it's truthful. We used the fashion of the time to tell the story. For instance, I couldn’t use high fashion for Anya’s character because she would never be able to afford it.”