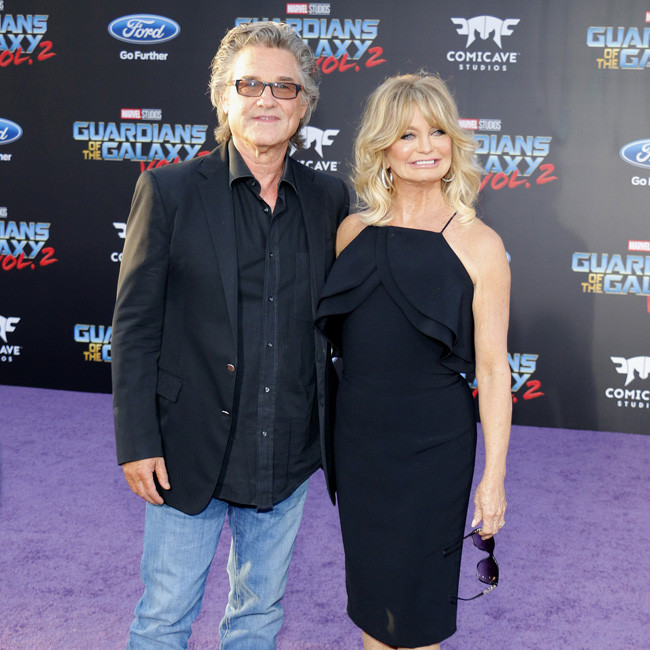 Kurt Russell and Goldie Hawn were too "choosy" to star in films together.

The real-life couple have teamed up for festive sequel 'The Christmas Chronicles: Part Two' - the first time they have worked together on a movie since the 1987 comedy 'Overboard' - and the pair revealed they are too picky with their projects.

Asked for the reason behind the long wait, Hawn said: "Material! Really, it's about the material, and it just didn't come along."

Russell, 69, added: "I thought we would work together much sooner than this, but Goldie and I are pretty choosy. And generally, Goldie Hawn movies and movies that Kurt Russell is in are pretty different things.

"It's not mandatory just because you live with someone, you love someone and you enjoy working together that you should do 10 or 15 movies together."

The duo play Santa Claus and Mrs. Claus in the new comedy film and she revealed that her portrayal of the character was changed by director Chris Columbus.

The 74-year-old actress said: "My instinct was that she was very benevolent, very kind, and Chris gave her a little bit more gravitas. It wasn't as pixie-esque as I may have seen her."

Her husband explained: "What's fun about it is that she's a mysterious character. She's not just a sweet old lady who bakes cookies."

In the movie, Santa and Mrs. Claus communicate with their elves using a language created especially for the movie and Russell feels it added authenticity to the flick.

He told the New York Times newspaper: "There's a guy who writes it out phonetically and then you read it. We have no idea what we're saying!

"It's not to be taken lightly. I'll never forget when I saw 'The Passion of the Christ' and went, 'Mel (Gibson, director) discovered something that nobody figured out for all this time we've been making movies.'