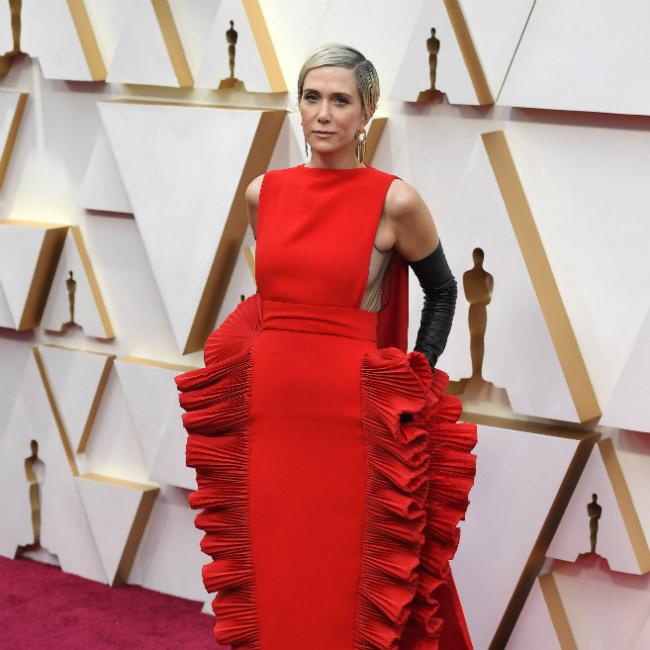 Kristen Wiig says screen testing for 'Wonder Woman 1984' was one of the most "nerve-racking" moments of her life.

The self-confessed superhero "nerd" was desperate to land the part of villain Barbara Minerva, aka Cheetah, in the motion picture, and she "flipped out" upon hearing she had won the role after a secret audition in London.

She said: "I'm a superhero nerd, so this is my dream.

"I've always wanted to have superpowers. My agent called and said, 'Patty Jenkins wants to talk to you. She won't say what it's about, but she's directing another 'Wonder Woman' movie.'

"It was all very secretive. I went out to London to test for it, which was one of the most nerve-racking things of my life. After that, Patty and I met for a drink and really hit it off. I didn't hear anything for a while when I got home, so I flipped out when I got the part.

"I never thought I'd get the chance to be in one of those movies - I'm in my 40s, and I'm not known for being this type of actor. I would look around the set and think, 'I can't believe I'm in this.' "

The 'Bridesmaids' actress admitted it was "really hard" getting in shape to play the character - a former friend of Gal Gadot's Wonder Woman/ Diana Prince - because of the relentless schedule, but she felt "strong and had a ton of energy" afterwards.

When asked how long she filmed for, she added to InStyle magazine: "Eight months in London, but I had to train for a few months at home first. I was excited to get in shape, but it was really f***** hard, and there were no days off.

"My schedule wasn't like Gal's by any means, because she was there all day every day.

"But I had stunt training, and when they'd show me previews of what I'd have to do, I'd be like, 'Are you insane?'

"By the end I felt strong and had a ton of energy. I felt good - it wasn't about getting skinny or muscly. But I went through so much Epsom salt. And wine."

'Wonder Woman 1984' director Jenkins recently admitted she cast Wiig in the film because she wanted a "total juxtaposition" to Gadot.