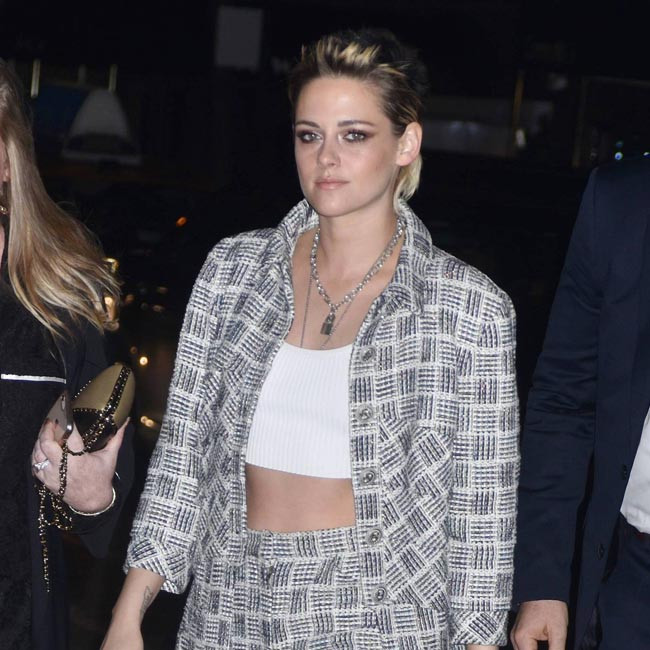 The 30-year-old star was “so excited” to learn she’d be appearing in the film alongside Mary Steenburgen, but she felt like she’d never been on a set before whenever she shared a scene with the veteran comedy actress because she couldn’t keep a straight face.

She told Total Film magazine: "When I found out that Mary Steenburgen was in the movie, I was so excited. I grew up watching 'Step Brothers' and laughing with my idiot brothers and she's been in so many good comedies.

"I'm usually like, 'No, I didn't laugh on set all the time, there were no pranks, and no, I didn't have a hard time not "cracking up".' Like, whatever.

"In this case, it really was like the first time I'd ever acted. I had to keep shoving my face into my f****** winter coat so as not to ruin her coverage.

"She's so, so funny and she would just go on these runs."

In Clea DuVall’s film, Kristen plays Abby, who is about to propose to her girlfriend over the festive season, only to find out her partner’s family don’t know about their relationship, and as soon as she got the script, the ‘Twilight’ star knew she’d be “jealous” of any other actress who landed the role instead of her.

She said: "It really made me laugh and totally reflected, to me, what it feels like to go home and reacquaint yourself with your family after, you know, going through things and changing.

"It felt absurd and scary, but also really warm.

"I trusted Clea, it being about two women and the whole team she was assembling was rad...

"It became something that had its own heart and I knew that I'd be jealous if someone else was in it. I kind of feel that about most things I do, but this was different.