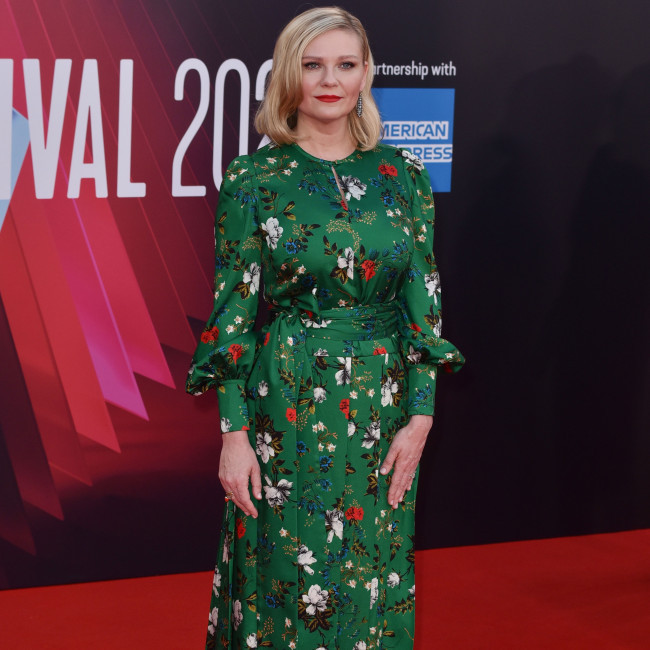 Kirsten Dunst is to star in the action movie 'Civil War'.

The 39-year-old actress will feature in the film from Oscar-nominated director Alex Garland alongside Wagner Moura, Stephen McKinley Henderson and Cailee Spaeny.

The movie is based on Garland's original screenplay and is set in a near-future America, although details regarding the plot are being kept under wraps.

A24 will produce – along with Andrew Macdonald and Allon Reich of DNA and Gregory Goodman – and will be responsible for handling the movie's global release.

Kirsten has a role in the acclaimed film 'The Power of the Dog' with her real-life partner Jesse Plemons and she explained how the pair worked closely with method acting coach Greta Seacat to prepare for their roles as Rose and George Burbank respectively in the psychological drama.

The star said: "She does a lot of dream work between you and the character to help dig up old things. It's a really fun process, making yourself feel terrible about yourself."

The 'Spider-Man' actress also revealed how she likes parts to feel like "therapy" between the character and herself.

Kirsten said: "Whenever I do a role, I feel like I'm doing therapy between me and the character I'm playing.

"Rose is very people-pleasing, not wanting to upset her husband about what's happening. So she turns to alcohol to help her just be in the home, and not worry terribly about her son. But that isolation spins her out, so it was about finding what that is for me."