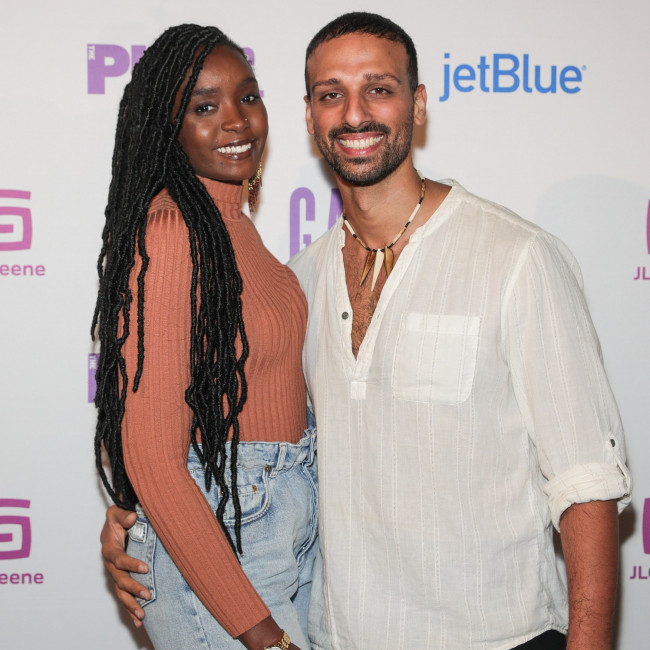 KiKi Layne and Ari’el Stachel have claimed most of their scenes were "cut" from 'Don't Worry Darling'.

The pair play couple Margaret and Ted Watkins in Olivia Wilde's psychological thriller - which stars Florence Pugh and Harry Styles as housewife Alice Chambers and her workaholic husband Jack - and KiKi has insisted she's not bothered by the lesser screen time because she got to meet her lover Ari'el.

The 30-year-old star wrote on Instagram alongside a picture and video of her and her co-star: "The best thing about #DontWorryDarling is that I was lucky enough to meet @arielstachel.

“They cut us from most of the movie, but we thriving in real life.”

Ari'el, 31, commented: “My love. You are a queen and your talent shines so bright. I was thirsty then and I’m thirsty now.”

Ari'el also shared a TikTok about ending up on the "cutting room floor".

Meanwhile, over the weekend, Olivia was publicly supported by more than 40 crew members and studio executives over her ‘Don’t Worry Darling’ controversy.

They joined forces to deny a report suggesting the 38-year-old director and the film’s star Florence, 26, got in a “screaming match” on-set.

Warner Bros. executives Michael De Luca and Pam Abdy told Page Six in a statement: “We are so proud of the work that Olivia Wilde has done making this incredibly beautiful and entertaining film and look forward to collaborating with her again.

“The studio is very grateful and appreciative of the tireless support by Olivia in bringing her vision to life from production through release. Any suggestion of conflict between the studio and Olivia is simply not true.”

The crew and production staff issued a statement in the wake of a report published by Vulture about alleged tensions between Olivia and Florence.

They told People: “As a crew, we’ve avoided addressing the absurd gossip surrounding the movie we’re so proud of, but feel the need to correct the anonymous ‘sources’ quoted in a recent article.

“Any allegations about unprofessional behaviour on the set of Don’t Worry Darling are completely false... there was never a screaming match between our director and anyone, let alone a member of our cast.

“We are happy to put our names on this, as real people who worked on the film, and who have witnessed and benefitted from the collaborative and safe space Olivia creates as a director and leader.”

The crew also hailed mum Olivia as “an incredible leader and director“ who was “present with and involved in every aspect of production”.

She said in an individual statement: “Rumours of screaming matches between our director and leading lady on set are completely unfounded. We truly hope you enjoy the movie.”

Vulture claimed ‘Midsommar’ actress Florence was upset with Olivia’s alleged “frequent, unexplained absences” on set, speculating it was linked to her relationship with former One Direction singer Harry.