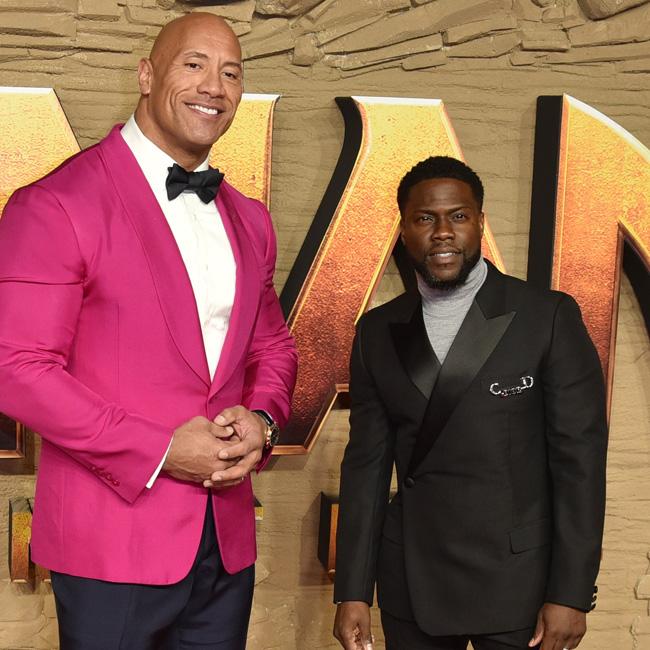 Kevin Hart says the cast "brought their A-game" to 'Jumanji: The Next Level'.

The 'Night School' actor reprises his role as Franklin 'Mouse' Finbar in the film and he's heaped praised on his incredible cast mates, including Dwayne 'The Rock' Johnson, Jack Black, Karen Gillan and Nick Jonas.

Speaking on Friday's (06.12.19) episode of 'The Graham Norton Show', Kevin said: "It's unbelievable. Everybody brought their A-game to it."

His co-star Dwayne - who plays Eddie - said it was important that they came back with a sequel that would "expand the 'Jumanji' universe".

He said: "The first movie was amazing - it really took off.

"With the success of that, we wanted to come back even bigger for part two so we all committed to each other that the story would be right and that the creativity would expand the 'Jumanji' universe."

Kevin, 40, added that he loves playing a video game avatar, although it was "challenging" at first.

He commented: "The thought of it was challenging, but when you embrace the idea, it's actually more fun than anything and we had the opportunity to elevate the first movie we did.

"The challenge was to come back and outdo that success."

The US comedian also admitted that he was relieved to work with a green screen as opposed to animals.

Kevin said: "I prefer green screen to actual animals - I have a certain respect for them because we don't know what they are thinking!"

And Dwayne interjected: "It's a fear. He is terrified of camels!"

Meanwhile, Kevin has admitted that he is "feeling good" after being seriously injured in a car accident in September.

Dwayne, 47, added that he knew Kevin would survive the accident because he is a "fighter".

Speaking at the London premiere of the film on Thursday night (05.12.19), the former wrestler said: "We were all worried about Kevin but, the truth is, the moment I heard he had breath left in his body I knew he was resilient and a fighter and that he was going to come back."