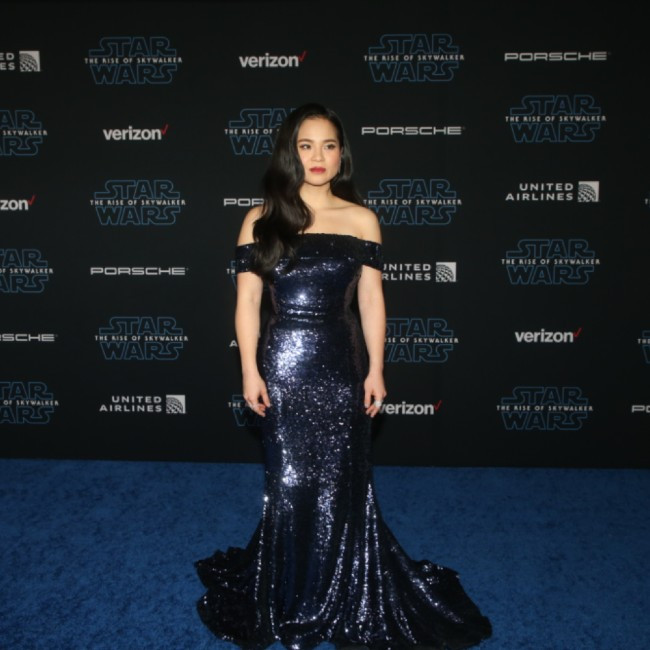 Kelly Marie Tran thinks her role in 'Star Wars' helped her prepare for 'The Croods: A New Age'.

The 31-year-old actress voices shy character Dawn Betterman in the DreamWorks Animation sequel. Her character is inspired to live more adventurously by Eep (Emma Stone) and Kelly revealed that her experience being cast as Rose Tico in 2017's 'The Last Jedi' meant that she could relate to her character.

Kelly said: "Dawn is someone who is from a very protected environment where she hasn't really experienced parts of the world, and then she meets Eep.

"And she gets to go out into the world and experience all of these things that almost feel, because it's the first time she's experiencing them, she has this child-like wonder and everything feels really magical.

"And for me, that experience was me becoming a working actor, being able to walk around on the 'Star Wars' set."

Kelly insists that she hasn't yet lost that excitement about being a working actress in Hollywood and so she still has a "kinship" with her alter ego Dawn.

She told CinemaBlend.com: "I think that I feel this big kinship with Dawn because that is not so far away from me.

"I still very much feel that everything that I'm doing in terms of being able to work in this industry at all is attached to that sort of childlike wonder and magical quality that Dawn has."

Kelly is also set to lead the voice cast of Disney's animated movie 'Raya and the Last Dragon', which is being directed by Don Hall and Carlos Lopez Estrada. She will become the first Southeast Asian actress to lead a Disney animated film.

"They both saw the potential for this film and had a strong vision for the story, especially for our lead character, played by the wonderfully talented Kelly Marie Tran."