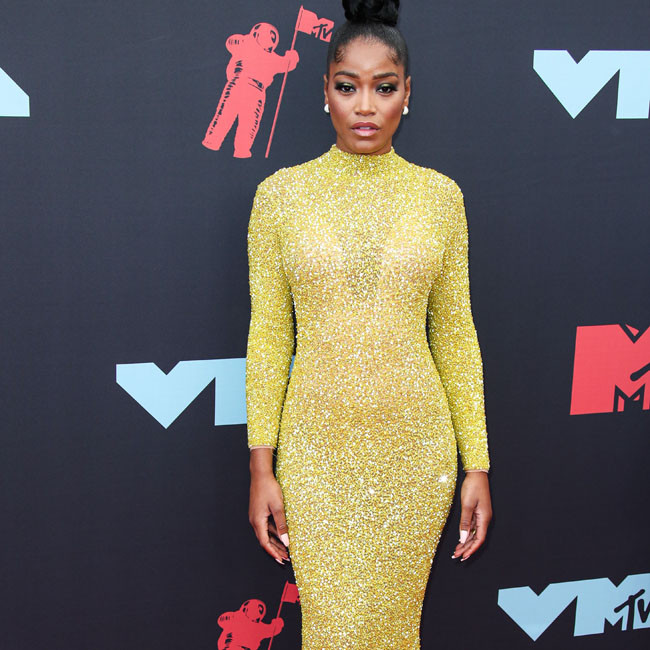 The 27-year-old actress is the first star to be officially cast in the untitled film, although 'Get Out's Daniel Kaluuya is also expected to commit himself to the project in the near future.

Jesse Plemons has been linked with a role in the upcoming movie too, but at the moment, a scheduling conflict is stopping him from joining the cast.

Although plot details for the untitled project remain a closely-guarded secret, Keke is poised to star as the antagonist of the film, according to Collider.

The movie is based on script written by Jordan and he'll produce the movie alongside Ian Cooper under his Monkeypaw Productions banner.

The horror film is scheduled for release in July 2022.

Meanwhile, Jordan previously admitted he was initially reluctant to cast Daniel in 'Get Out'.

The 41-year-old filmmaker wasn't sure it was right to have a British actor star in the movie, which tells the story of an African-American man who visits his Caucasian girlfriend's parents during a weekend getaway.

He previously shared: "I didn’t want to go with a British actor, because this movie was so much about representation of the African-American experience. Early on, Daniel and I had a Skype session where we talked about this and I was made to understand how universal this issue is."

However, after some consideration, Jordan realized Daniel was perfect for the role.

He said: "Once I’d wrapped my head around how universal these themes were, it became easy for me to pick Daniel, because at the end of the day, he was the best person for the role.