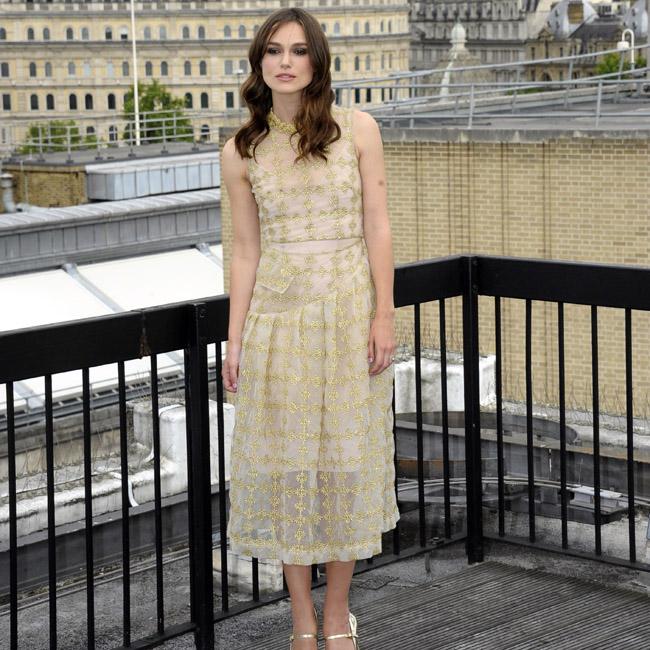 Keira Knightley has been praised for "leading from the front" to ensure her latest movie finished shooting before the coronavirus-induced shutdown.

Matthew Vaughn claimed that filming was finished "by the skin of our teeth" thanks to Keira's work on the Christmas-themed dark romance, which is described as 'Love Actually' with a killer sting.

Matthew, who is producing the untitled flick, told Baz Bamigboye's column in the Daily Mail newspaper: "We finished by the skin of our teeth - because of her."

The 49-year-old producer praised Keira's performance both on-and-off screen and claimed that she "lifted spirits" during filming.

Matthew explained: "Keira's exceptional in the film and she was exceptional behind the scenes as well. She really led from the front."

Vaughn revealed that the project - directed by first time filmmaker Camille Griffin - will not be released under the title of 'Silent Night', as many had been calling it.

The movie has been described as fun for people "who secretly dread" to holidays and will explore how the British celebrate Christmas.

At the centre of the plot is a married couple navigating life during the festivities, with Keira playing the wife. It is unclear who will play the husband, although it was previously reported that American star Rami Malek had expressed an interest, but was turned down as the role had to be played by a British actor.

The film also stars Lily-Rose Depp and Sope Dirisu, who join the extended family for the festive celebrations. The characters are being described as "the hottest couple in the world."

'Downton Abbey' star Matthew Goode has also been cast in the film and previously expressed his excitement at working on the flick.

He said: "Camille's script is haunting and original - I was immediately captivated when I read it."