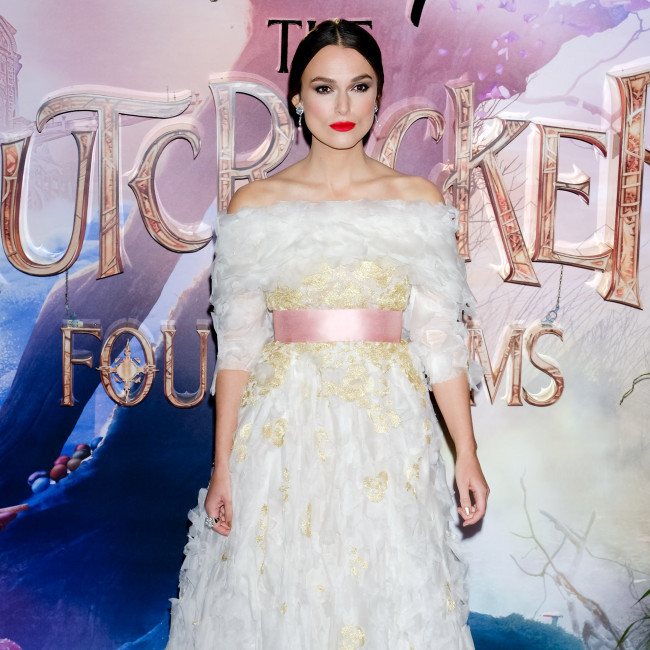 Keira Knightley is to lead the voice cast of 'Charlotte'.

The 36-year-old actress will play the main role in the animated drama that will premiere at the Toronto International Film Festival in September.

The movie follows Charlotte Salomon, a young woman growing up during World War II who comes out on the other side with her artistry to create a masterpiece.

'Charlotte' is directed by Eric Warin and Tahir Rana from a screenplay penned by Erik Rutherford and David Bezmozgis. The drama is inspired by the autobiographical series 'Life? Or Theatre?' by Salomon.

Sierra/Affinity are handling global sales on the project while January Films are helping to produce the movie – with the 'Pirates of the Caribbean' actress serving as an executive producer.

Jen Gorton, Sierra/Affinity's Executive Vice President of Production and Sales, said: "All of us at Sierra/Affinity are excited to work with this star-studded cast and present this unique animated film to distributors across the globe.

"The story of 'Charlotte' is one that deserves to be told and we are confident that the massive talent of the cast combined with the direction of the filmmaking team will reach and touch adults worldwide."

Julia Rosenberg, from January Films, added: "Charlotte Salomon invented the graphic memoir when she painted her life story in over a thousand works while living as a refugee during wartime. Her vitality and stunning talent have been overlooked for too long.

"'Charlotte' is a gesture of resistance, honouring her legacy while revealing it to the world."