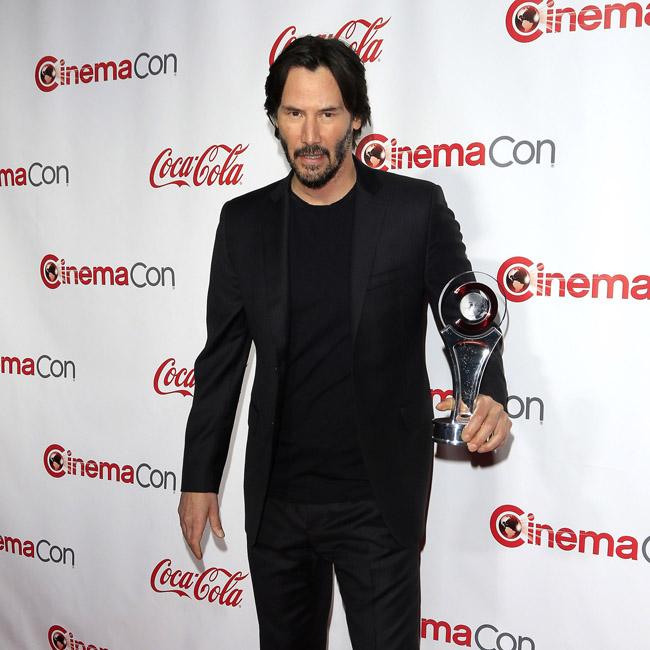 Keanu Reeves has praised the "thoughtful and effective protocols" in place on the set of 'Matrix 4'.

Filming has resumed on the movie after being put on hold due to the coronavirus pandemic and the 55-year-old star - who will reprise his role as Neo - is impressed with the measures the production team have put in place to keep the set safe while not "interrupting" the "rhythm" of shooting.

He said: "There's some really thoughtful, effective protocols in place.

"And the rhythm of film-making has been not really impacted or interrupted in the sense of filming.

"But that's because of just all the hard work and organisation and again, thoughtfulness that's gone into the protocols."

Keanu praised the "scrappy" attitude of "showbusiness people" when it comes to getting things done.

He was quoted by Sky News as saying: "Everyone loves the project. If you're gonna get into any kind of situation that needs to be figured out, 'How do we do this?', showbusiness people are the best.

"It goes back to, 'Let's put on a show!'. And that spirit is definitely alive and well on 'The Matrix.' "

Keanu recently explained he signed on to return to the sci-fi saga because of Lana Wachowski's "beautiful script".

When asked what convinced him to return for the movie, he said: "Lana Wachowski wrote a beautiful script and a wonderful story that resonated with me.

The movie - which will see Carrie-Anne Moss and Jada Pinkett Smith return to the franchise, alongside series newcomers Neil Patrick Harris, Priyanka Chopra and Jonathan Groff - is scheduled for release in 2022, 19 years after the third film, 'Matrix: Revolutions'.