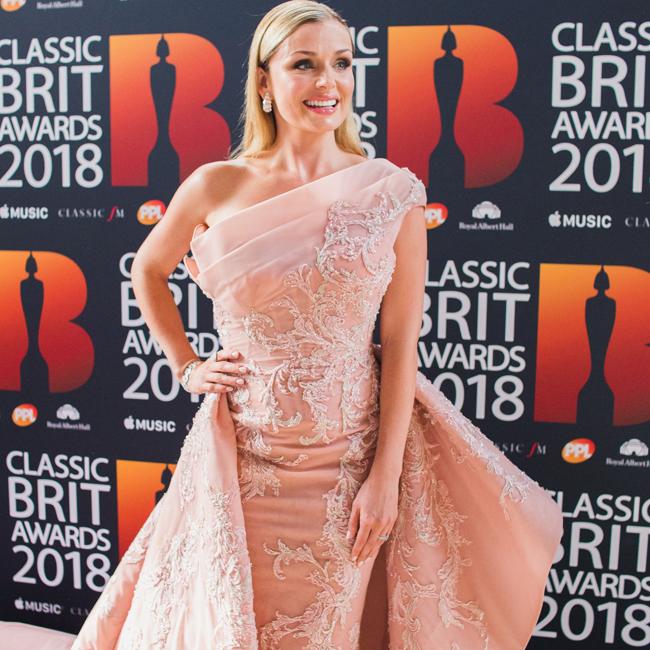 The 38-year-old Welsh mezzo-soprano singer has been cast in the World War II drama 'Minamata' by her husband Andrew Levitas, in the role of Millie.

The movie sees Johnny portray the photographer W. Eugene Smith, whose images uncovered the pollution which damaged the health of the residents of Minamata in Japan.

The Classic BRIT Award-winner reportedly jetted over to Serbia in February to film her scenes.

And a source has claimed that Katherine - who has three-year-old daughter Aaliyah and son Xander, who celebrates his first birthday this month, with Andrew - is keen to embark on a "new career" in movies.

An insider told The Sun newspaper's Bizarre column: "Katherine is delighted by the role and was really excited to be acting opposite such huge, talented stars.

"She thinks it could potentially be the start of a new career and she would love to do more.

"Producers were impressed with her stints on the small screen previously and think she has amazing stage presence."

Katherine's first acting role was in the 2010 festive episode of hit British sc-fi series 'Doctor Who', entitled 'A Christmas Carol', in which she played Abigail Pettigrew alongside Matt Smith as the titular Time Lord.

Two years ago, the star appeared on London's West End as Julie Jordan in 'Carousel'.

Speaking previously about working with 'Pirates of the Caribbean' star Johnny on the forthcoming flick, filmmaker Andrew said: "Working with Johnny to give voice to those who have been silently suffering is a responsibility we do not take lightly.

"Much like Eugene Smith in 1971, we could not feel more privileged or humbled to be tasked with the mission of bringing this incredible story to the world."

The upcoming movie, which could hit cinemas later this year, will tell the story of how Smith was convinced by Life magazine editor Ralph Graves to head to Japan to expose the devastation caused in the coastal community through mercury poisoning.

Katherine was in the same venue as Johnny when they performed at Ronnie Scott's Jazz Club in Soho, London, in October, at a star-studded Chuck Berry tribute concert.