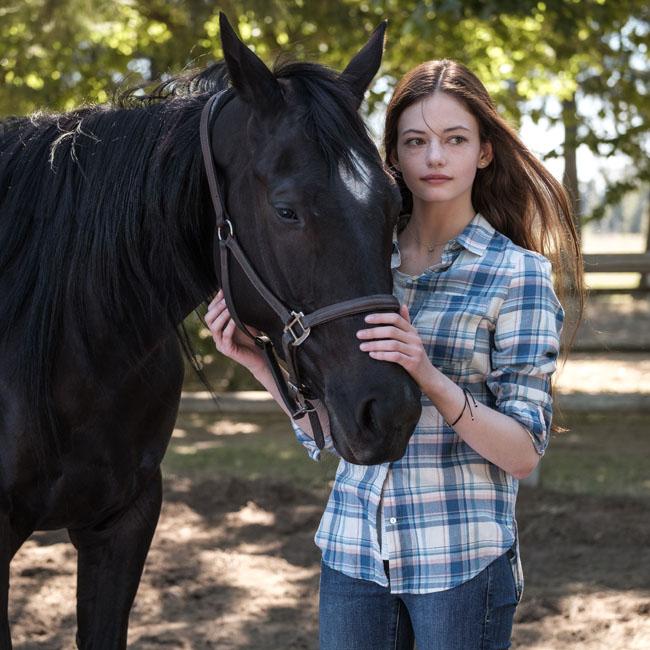 Kate Winslet's Black Beauty' reboot has been picked up by Disney+.

The 44-year-old actress and Mackenzie Foy were previously unveiled as the first two stars attached to the latest adaptation of the classic equine novel of the same name, written by Anna Sewell in 1877.

Kate will be providing the voice of the titular horse, while 19-year-old Mackenzie - who is best known for her work as Renesmee Cullen in 'The Twilight Saga', and as Clara in Disney's 'The Nutcracker and the Four Realms' - will star as the lead.

And now it's been confirmed that the flick will premiere exclusively on the streaming service later this year.

'Adolescence' director Ashley Avis is on board to helm the new feature, and is adapting the script herself from Sewell's novel, which is told as a fictional autobiography of the wild horse.

In a change to Sewell's book, Black Beauty will be a wild mustang captured on the Wyoming Plains, rather than a carriage horse.

The film will see a young 17-year-old girl (Foy) bond with Black Beauty (Winslet), who helps her overcome the tragic death of her parents.

An official release date is yet to be confirmed.