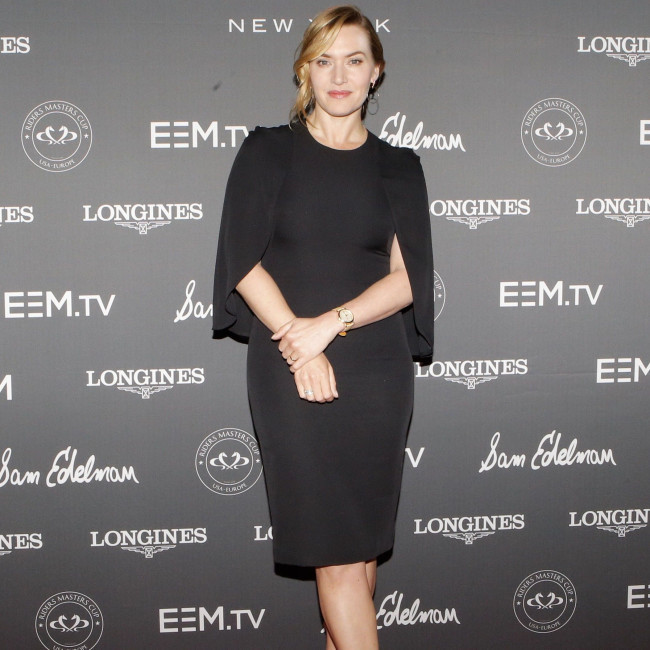 Kate Winslet "felt good" shooting a nude scene in her 40s in 'Ammonite'.

The Oscar-winning star plays 19th century English paleontologist Mary Anning in the romantic period drama and admits she felt satisfaction at baring all in an intimate scene with Saoirse Ronan, who plays Mary's lover Charlotte Murchison.

Kate said: "It was very clear to me that they were quite capable of passionate moments – and Saoirse and I both wanted to embody that. And for me, at the age I am now, that felt quite good, actually!

"I swear, I thought I was going to hang up my hat when it came to nudity on screen."

"But I was surprised at how I felt. I felt quite good about it, really. I've got all my marks, and scars, and I'm older. It's a different body than the one I had 20 years ago.

"There was something wonderful about having that shared, equal language with another woman."

Kate, 45, is proud to be bringing an LGBTQ story to the screen and insists there are still double standards in the film industry when it comes to showing intimacy on screen between same-sex lovers.

Speaking to Baz Bamigboye in his Daily Mail newspaper column, she said: "Why can't they just be called passionate scenes, rather than 'lesbian or gay?'

Winslet explained how she and Ronan decided to choreograph the scene "on the day" themselves after being baffled by director Francis Lee's demands.

She recalled: "Saoirse and I would talk about it beforehand, and go, 'How the hell are we going to film that?'

"We discussed the beats of the scene with Francis, but Saoirse and I decided everything else."