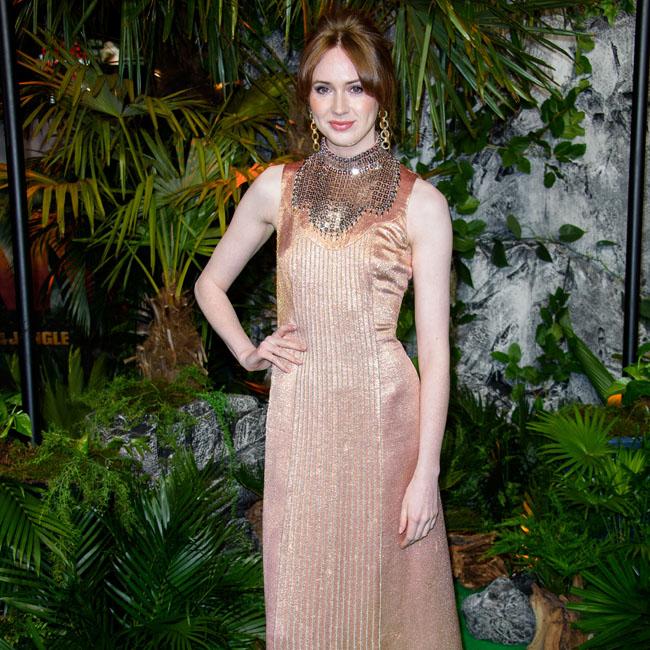 Karen Gillan feared the 'Jumanji' reboot would ruin her childhood.

Speaking to Entertainment Weekly, Karen claimed: "My initial reaction when I heard they were remaking 'Jumanji' [was], 'Why would you do that to 'Jumanji'? What are you going to do? Don't ruin my childhood!'"

Luckily, the 'Guardians of the Galaxy' star came to her senses after she read the script and saw it wasn't a remake of the original film but instead a follow up.

She explained: "I kind of had the same reaction as everyone else. And then I read the script, and that changed everything because I knew they'd done something inventive and original while still paying homage to the original. It was kind of the perfect blend."

'Jumanji: Welcome to the Jungle' - starring Dwayne Johnson, Kevin Hart and Jack Black - adapted to the times as the menacing board game evolved into a computer game that sucks in the players.

And the team behind the latest title in the fantasy series Jumanji: The Next Level' are building a movie "universe".

Producer Hiram Garcia has opened up about the big screen blockbuster and he explained how both the new film and 2017's 'Welcome to the Jungle' look to expand the world of the original 1995 classic.

Speaking to the 'ReelBlend' podcast, he said: "That world existed. What happened there, you know, you feel elements of it, even in this movie.

"And so for us, the idea of expanding the 'Jumanji' universe, and the idea of there [being] different versions of the game, there's different ways the game can challenge you. And the bigger we can make the universe, the more opportunities and challenges we can give to our heroes.

"You've met some of the avatars, you meet new avatars in this movie, and when you start to get into that space where now we're creating a 'Jumanji' universe and every time you beat one version of the game, there's a new one."