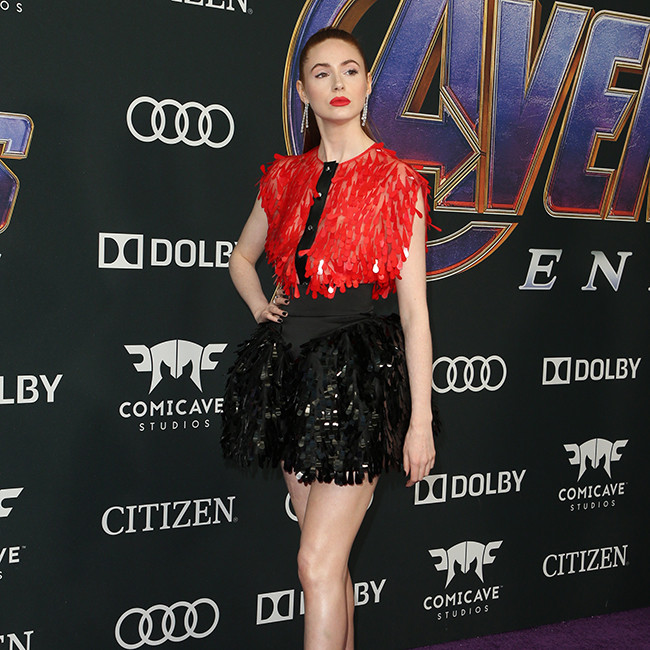 Karen Gillan: Nebula is 'bonkers' in Thor: Love and Thunder

Karen Gillan has hinted that Nebula is "bonkers" in 'Thor: Love and Thunder'.

The 33-year-old actress reprises her role as the hero in the upcoming Marvel Cinematic Universe (MCU) film and suggested that the director Taika Waititi has brought out the character's wacky side.

Karen told the website Collider: "Taika really brought out the bonkers side. I think everyone is just really, really funny and bonkers and wild."

The former 'Doctor Who' star suggested that her alter ego doesn't deliberately play into the humour but that audiences will be amused by Nebula's serious nature.

Karen said: "I don't know if it's personal (levity). Like I don't she's finding herself funny or being funny, but in her seriousness I think we will find her funny, and just the pure aggression that we've tapped into."

The star also reflected on her stint in the MCU and credited James Gunn – who helmed her first appearance in 'Guardians of the Galaxy' – for making the character the way she is.

Karen explained: "I think a lot of the reason that Nebula is the way she is is because of James Gunn. He's sort of the creator of her and I think he really connected with the character personally.

"I remember when we would do scenes between me and Gamora, he'd be like crying in the rehearsals and stuff. He's so invested. So it's largely down to him, I would say."

Karen also praised Marvel stalwarts Joe and Anthony Russo for allowing her a greater say in the filmmaking process.

She said: "I think we all, in the 'Guardians' cast, were like, 'Ah! Oh my gosh, we're going off and we're gonna do this character without James. How are we gonna cope? Are we gonna still know how to do this?'

"But the Russos were amazing, and they kind of just really allowed us to bring our knowledge of the characters to it. They were so receptive to it."