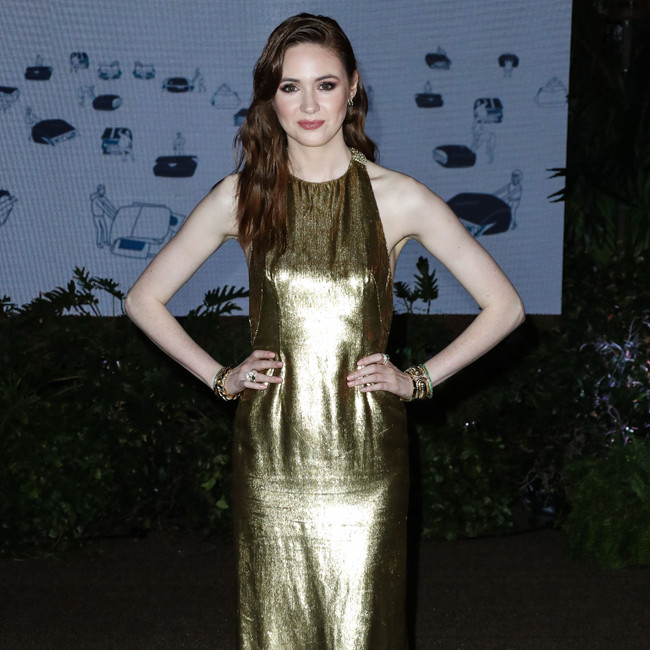 Karen Gillan has hailed 'Guardians of the Galaxy 3' James Gunn's "strongest work yet".

The 33-year-old actress plays intergalactic warrior Nebula in the Marvel Cinematic Universe and admitted she and writer Pom Klementieff "cried and laughed" at the "brilliant" script.

She told Collider: “I read that script with Pom Klementieff, who plays Mantis.

“We read it together and we both cried and laughed, but there was full tears. It’s incredible, I think it’s James’ strongest work yet with the Guardians and it’s just brilliant.

“It’s brilliant and it’s emotional and it’s funny and it’s all of those things that you want.”

Karen previously said she hopes her alter ego gets to "rebuild her life" in the third instalment.

Karen said: "She's [Nebula] someone who's dealt with abuse from her father from such a young age ... In 'Avengers', she had to face the source of her abuse and then actually watch him get eliminated from her life."

While she added that "future Nebula in the sense of what she's going to be like now that that source of abuse has gone out of her life, how's she going to build herself back up ... I'm interested to maybe try and take her to a place now where she starts to rebuild her life."

The 'Jumanji: The Next Level' star's hints about the future of the character came after she insisted Nebula's journey in the MCU is "far from over".