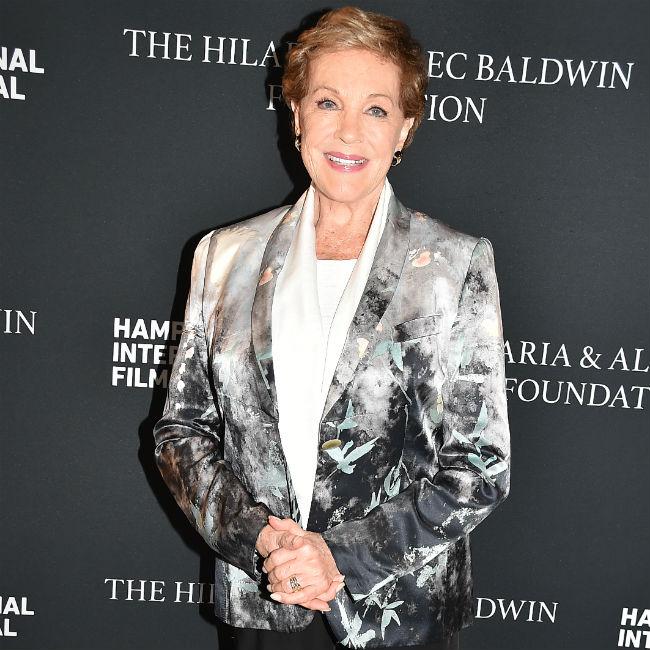 Dame Julie Andrews "embraced" her roles as a motherly figure in films.

The 84-year-old actress is famed for starring as nannies in movies such as 'Mary Poppins' and 'The Sound of Music' and said that she took on the parts in order to give children as "good a feeling as I could".

When asked if took on the roles out of a desire to make up for her own tough childhood, Julie explained: "I think it had more to do with - well, you know, I was just a working girl in my teens, travelling around England, singing my heart out, learning my craft.

"But once I got to Broadway and Hollywood, the films drew me into that particular work, and I found that it was what I wanted to embrace, because it was giving me so much pleasure.

"Those movies led me into concern for kids, and I think probably subliminally I was trying to give them as good a feeling as I could. I have no idea if that comes from my own childhood. It was just the way I stumbled forward in the world."

Julie - who has recently teamed up with her author daughter Emma Walton Hamilton to launch a podcast - admits that her success in musicals overshadowed the rest of her film career, but she is "grateful" for the way things panned out.

She told The Guardian newspaper: "The thing is, 'Poppins' and 'Sound of Music' were so successful that they crowded out and eliminated the less child-friendly movies I did, like 'Hawaii' and 'The Americanization of Emily'.

"It's just the way things fell and I'd never knock it and I'm absolutely grateful for all I've been given."

Julie also explained how she had avoided sexual harassment during her Hollywood career.

She explained: "I was certainly aware of tales about the casting couch. But I was so busy working and raising my kids and being married to Blake Edwards (her late husband) eventually, it was an extremely busy life, and to a certain extent that put a protective fence around me, I think."