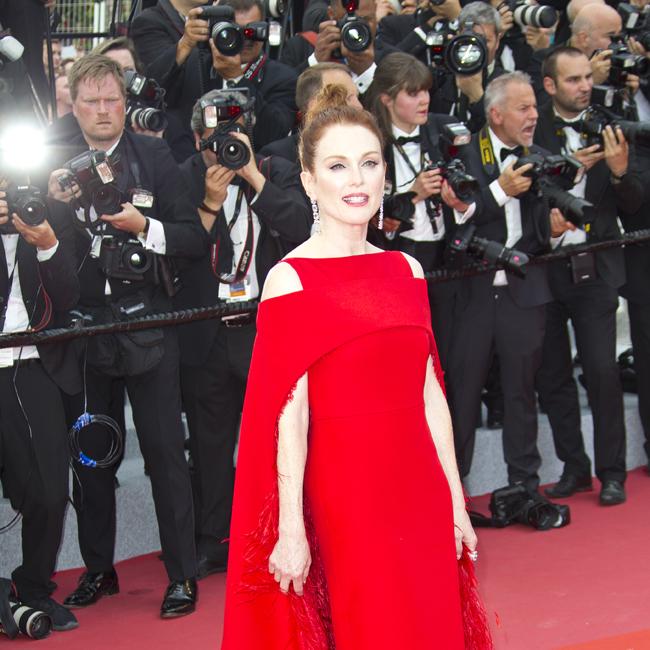 Julianne Moore has been cast in 'Dear Evan Hansen'.

The 59-year-old actress will play the titular character's mother Heidi Hansen in the big screen adaptation of the hit Broadway musical.

As reported by Variety, Moore has joined the cast of the upcoming movie, which will be directed by Stephen Chbosky from a script by Steven Levenson, who penned the book for the stage production.

The story follows a high school boy with social anxiety who finds himself caught up in a lie when a classmate's family mistakes one of his letters for their son's suicide note.

Adam Siegel and Marc Platt will act as producers for Universal's Marc Platt Productions, while the latter's son Ben - who won a Tony for his performance as the lead character - is expected to reprise his role for the film version.

The casting update comes after it was confirmed Amy Adams will play Cynthia Murphy, who is the mother of characters Connor and Zoe.

Amandla Stenberg, whose previous credits include 'The Hate U Give' and 'Everything, Everything', will play the role of Alana Beck - a senior high school student who masks a deep loneliness and isolation with her cheery demeanour and social media savvy.

The part has been expanded for the movie as Stenberg will perform a new song composed for the project, and she is writing the tune with lyricists Benj Pasek and Justin Paul, who wrote the music for the stage show.

Meanwhile, Kaitlyn Dever has been cast as the female lead as the 23-year-old actress will play the role of Zoe, the tragic classmate's sister, who begins dating Evan after he strikes up a relationship with the boy's family.